For this 2015 Houston civic election, because of what was at stake in this election cycle,  for the first time in TransGriot blog history I compiled an endorsement post.

With the December 12 runoff election date fast approaching and early voting starting tomorrow, it's time for me to do my endorsement post for the 2015 runoff election 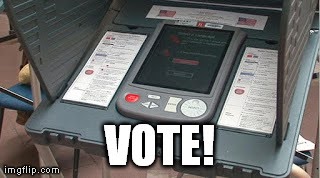 While HERO to my continuing disgust has gone down to defeat, if we are going to have a HERO 2.0 in H-town,  it is imperative as a community that we get the right candidates on city council and a mayoral candidate who is committed to bring it back up again instead of one backed by the Tea Klux Klan and endorsed by Ted Cruz who has made it clear he won't.