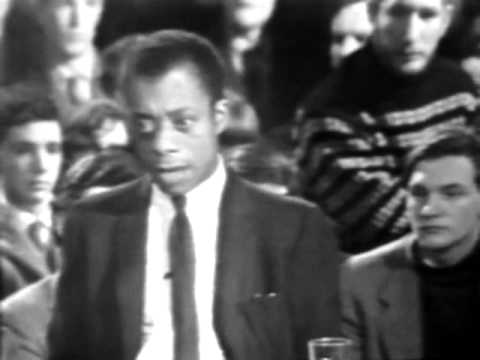 "It is a terrible thing for an entire people to surrender to the notion that one-ninth of its population is beneath them.  Until the moment comes when we, the Americans, are able to accept the fact that my ancestors are both black and white, that on that continent we are trying to forge a new identity, that we need each other, that I am not a ward of America, I am not an object of missionary charity, I am one of the people who built this country-- until this moment comes there is scarcely any hope for the American dream.  If the people are denied participation in it, by their very presence they will wreck it.  And if that happens it is a very grave moment for the West."
-James Baldwin, 1965 Cambridge University debate

The debate topic was 'Has the American Dream Been Achieved At The Expense Of The American Negro?'

Baldwin in addition to being a prominent writer, was one of the intellectual voices of the Civil Rights Movement.  Buckley was had voiced his opposition to desegregation in the pages of the National Review in 1961 but was a few years from his status as 'The Father of Modern Conservatism'.

Both got their opportunity to argue their points, and when it was over the Cambridge Union Society members voted on the proposition.   Baldwin trounced Buckley 540-160.

Enjoy this debate, because sadly, many of the points Baldwin makes are still valid in 2015 and explain much of the racial animus we are currently dealing with.