Why Y'all Expect The Black President To Clean Up In One Year What It Took The Incompetent White President Eight Years To Jack Up? 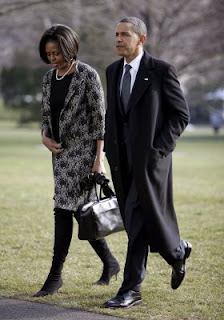 January 20 was the one year anniversary of President Obama's inauguration.

It's been a rocky year for the first African American occupant of that office and not all of the drama he's faced this year has come from Republicans and their Faux News watching teabaggers. Some of the sniping has come from the liberal-progressive side as well.

Yeah, after eight years of Peter Principle incompetence I was more than ready for a Democratic president to take the reins and guide this country in a different, more positive direction than the previous misadministration.

But I think that much of the electorate who heard the word 'Change' in many of President Obama's speeches didn't hear or weren't paying attention to the rest of the speeches when he said that change isn't easy, it's difficult and it's hard to achieve.

Especially when you have politically timid wusses in the Senate.

What I'm observing once again and is starting to concern me in the wake of Martha Coakley's stunning loss in the Massachusetts senate race is the age old pattern of white people falling for the okey-doke and voting against their own economic and political interests.

My irritation is also exacerbated by gay peeps who expected in one year to have DOMA repealed, Don't Ask Don't Tell ended, same gender marriage become the law of the land, and ENDA and hate crime legislation get passed.

It was also interesting and aggravating to note that the same gay critics were not only Hillary supporters, but were openly saying before the man even spent a minute in the Oval Office last year that he would be the 'worst president ever on GLBT rights issues'. 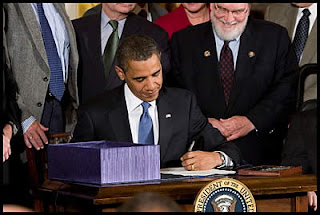 The 'worst president ever' on gay rights signed Hate crimes into law, and repealed a travel ban for HIV/AIDS peeps seeking to enter the country, in addition to appointing GLBT peeps to various jobs in his administration.

He's also pursuing policies that will lift all boats inside and outside the GLBT community.

But what the horrible Supreme Court decision allowing unlimited corporate money in campaigns combined with this stunning loss shows is that whatever our beefs, we're much better off with this man in office than a Republican. We also need to do a better job of fighting for our agenda and making it clear to the Democrats in congress to fight harder for it, not compromise it away.

I'm irritated about the fact that this president has had the unreasonable expectation put on him of cleaning up eight years of GOP mismanagement in one year.

While I'm not happy about how jacked up health care got, I have to give the man props for even trying to solve the problem in his first term. 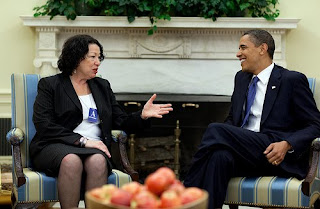 I also have a four word argument for an Obama second term:

Do you peeps want the Roberts Court as currently constituted to be deciding GLBT rights or any progressive issues? Remember Scalia and his right wing friends aren't getting any younger, and neither are our liberals on the court.

It's not only about the economy, stupid, it's about the Supreme Court, stupid.

President Obama needs some slack and the same eight years y'all gave the previous white president to do what he needs to do to get this country back on track.

And we progressive peeps need to be busting our asses to ensure he gets it. Because rest assured, in 2012 the GOP and the 'white' wing will be coming at him with a 'Great White Hope' candidate that won't be amenable to our issues and agenda.