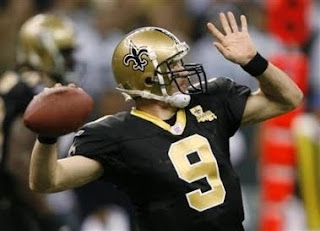 I will be parked in front of the television later today when the New Orleans Saints play in their second NFC Championship game against the Minnesota Vikings.

The Saints are trying to not only win their first NFC championship in their 43 year history, they are trying to erase themselves from the list of five NFL teams that have never reached the Super Bowl.

New Orleans has a special connection with this team, and its only deepened since Katrina devastated the city.

It would be nice to see after all the city has gone through and after the 'Aints' years when the team was horrible for the Saints to finally make it to the Super Bowl!

Geaux Saints!
Posted by Monica Roberts at 11:15 AM