After a heated discussion full of the usual Republican lies and scare tactics, the Loudoun County Board of Supervisors voted on January 5 in favor of adding language to the county’s equal employment opportunity policy not permitting the government to base its hiring or firing practices on someone’s sexual orientation or gender identity.

“It’s the right thing to do,” said Supervisor Stevens Miller (D-Dulles), the maker of the motion, explaining he heard from several members of the community on the matter and thought it was time to include the language in county policy.

After learning his proposal would not be welcomed by all of his fellow board members, he added: “It’s a shame anyone would put energy into resisting this.”

Before the vote, Loudoun’s EEO policy made no mention of sexual preference, but only said the county did not discriminate based on race, color, religion, sex, national origin, political affiliation, age or disability. Also, it was learned during the meeting that the county has never received a complaint on the language not being part of the policy, and that sexual orientation was already not considered in employment matters, though it was not spelled out.

The 6-2-1 vote split along political lines, with the most outspoken conservative on the board, Supervisor Eugene Delgaudio (R-Sterling), voicing his opposition the loudest, accusing Miller of “sneaking” in the proposal without public input.

“Cross-dressing rights: that’s what we're talking about at this meeting,” Delgaudio said, his voice rising as he gestured toward Miller. “This would put men who wear dresses in county bathrooms without public notice!”

He went out to accuse Miller of having a liberal agenda, while saying that his proposal was a “kick in the teeth” to "moral people."

“This is freaky. This is bizarre. This is fruity!” he concluded.

A proposal by Delgaudio to schedule a public hearing on the matter was rejected. 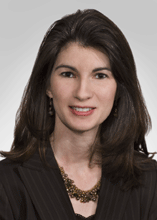 “This issue needs some additional review and exploration,” she said. “You are inviting lawsuits unless you have firm, legal footing.”

In 2006, Gov. Tim Kaine (D) made an executive order barring state agencies from discriminating against people based on sexual orientation.

Waters said she wanted the county to first consult with Virginia’s incoming conservative attorney general, Ken Cuccinelli (R) before proceeding. That request was also rejected by a majority of the board.

Chairman Scott York (I-At large) was the only board member to abstain from the vote, explaining that the matter was never an issue until Miller brought it up. “It was a waste of 20 minutes,” he said of the discussion.

As for the proposal’s backers, many said the change is evidence that Loudoun is open to everyone.

“We are sending a message today that discrimination will not be tolerated in the Loudoun County government,” said Supervisor Andrea McGimsey (D-Potomac).

Board Vice Chairman Susan Klimeck Buckley (D-Sugarland Run) said the change puts on paper what is already happening—that no one is being turned away for the company they keep.

“This codifies existing practice,” she said. “We already don’t discriminate. We are just putting words to it.”

And thank you Loudoun County, VA for doing so.
Posted by Monica Roberts at 11:00 AM