If you watched the movie Drumline, you got a taste of this event that will be happening this Saturday in the ATL.

The 2010 edition of the Honda Battle of the Bands will be rocking the Georgia Dome starting at 3 PM. There will be nearly 65,000 fans cheering and dancing to the music of eight HBCU bands in what promises to be a very entertaining evening.

From 10 AM-2 PM there will be a HBCU Recruitment Fair that will be a great opportunity for young students to check out the various universities and colleges.

There were 41 bands that started on the road to the ATL, and these are the final eight HBCU bands selected to be part of the Georgia Dome fun. 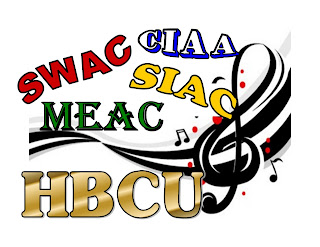 While there won't be a final winner selected like there was in the movie, the 60,000 people dancing in the aisles will be the judges on which band 'won'.

Since I have family members who have gone to various SWAC schools such as TSU and PVAMU and my dad was a play by play announcer for TSU athletics, I'm a SWAC band fan. I've seen all of the SWAC bands perform including the two that are representing the SWAC at this event from Prairie View A&M and Southern University.

I was surprised to see that Grambling elected not to participate this year.

But I have to give it up to the Florida A&M Marching 100 who are probably the faves going into this among the crowd that will be watching in the Georgia Dome Saturday.

Of course, I'm rooting for the homeboys and girls from Prairie View.
Posted by Monica Roberts at 8:30 AM