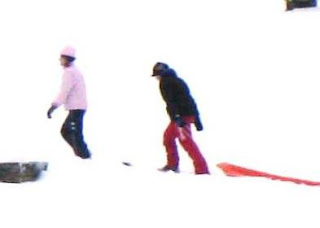 It's the first full week of the New Year and the second decade of the 21st century. We in Da Ville have spent the last 48 hours shoveling snow, slip sliding on the highways and byways of Kentuckiana and sliding down the various designated sledding hills since we got dusted with 3.5 inches of snow Thursday.

It's Friday and you know what that means people. Now that I've finished shoveling snow and clearing the sidewalks, time for me to shed a bright spotlight on the fool or fools that embarked and engaged in unleashing a blizzard of BS, buffoonery, idiocy and jibber jabber.

This year, I'm going to put a new wrinkle in the Shut up Fool! awards. From time to time I'll ask the people who are signed up on my Twitter or Facebook page to select the Fool of the Week.

This week I asked the people on my Facebook page who should win this week's award.

The winner this week was David Letterman

Dave did a skit which turned the historic appointment of Amanda Simpson into a stereotypical transphobic sight gag.

Never mind the fact he did so at the same time transphobic reporting on it was happening in the New York Post and the Not Enough Family Research Council was piling on and attacking the appointment.

GLAAD called him on it along with others in the trans community.

And this week, you earned this-