The Tides Foundation’s State Equality Fund, a philanthropic partnership that includes the Evelyn and Walter Haas, Jr. Fund, the Gill Foundation, and anonymous donors, has awarded the Kentucky Statewide Fairness Coalition $30,000 to promote lesbian, gay, bisexual, and transgender (LGBT) equality. The Fund is programmatically staffed on behalf of the donors by the Gill Foundation’s Movement Building Center.

During the summer of 2009, the Kentucky Statewide Fairness Coalition submitted a letter of intent seeking to submit a complete grant proposal for support. Shortly after submission, the Coalition was invited to apply.

“The State Equality Fund promotes equality through the work of state and local organizations,” said Toni Broaddus, Executive Director of the Equality Federation, national alliance working to further equality in a state-based movement. “Support from the State Equality Fund will assist the Coalition in advancing their work around nondiscrimination and parenting rights of LGBT Kentuckians.” 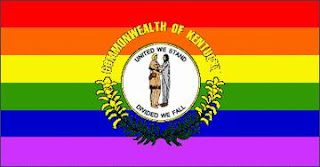 The Coalition releases the following joint statement: “We are fortunate to receive this grant through the State Equality Fund to support our work advancing the rights and dignity of LGBT Kentuckians. We will continue to bring fair-minded people together for real and substantive change that betters our Commonwealth.”

The Coalition began its 2010 work this past weekend with the 2nd Statewide Fairness Summit held in Frankfort Saturday, January 16. Over 100 Fairness supporters from across the state convened in the Commonwealth's Capitol to develop strategy towards passage of the statewide anti-discrimination Fairness law, pre-filed in the House this session by Louisville Representative Mary Lou Marzian.

The Coalition has scheduled its 2010 Statewide Fairness Lobby Day and Rally in Frankfort for Wednesday, February 24.