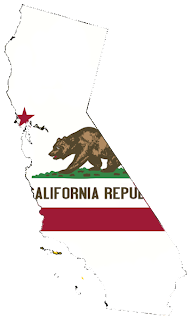 I talked about a bill last year designed to help protect GLBT prisoners that passed in the California Assembly and the California Senate, but was vetoed by the Governator.

I was advised by Jay Davis of Equality California that the bill, AB 633 was recently reintroduced for this session and on January 12 passed by a unanimous 6-0 vote in the California State Assembly Committee on Public Safety.

AB 633 is sponsored by Equality California (EQCA) and was introduced by Assemblymember Tom Ammiano (D-San Francisco). The bill is designed to prevent violence against lesbian, gay, bisexual and transgender (LGBT) people in the state prison system. The bill was vetoed by the Governor last year but was recently reintroduced.

“We must put an end to the brutal assaults LGBT prisoners so often face,” EQCA Executive Director Geoff Kors said. “Passing this bill would be an important step toward preventing violence against LGBT prisoners and ensuring they have access to the same safeguards under the law as other inmates. We have already started discussions with the Governor's office about why this bill is needed and why the current procedures are not working. We are hopeful he will reconsider his position and sign the bill if it passes this year.”

According to a study by UC Irvine commissioned by the Department of Corrections and Rehabilitation, 69 percent of transgender inmates report sexual victimization while incarcerated.

It's not just a California problem. Abuse of transgender prisoners happens across the country and around the world to the point where trans prisoners have to be segregated for their own protection. In Italy a transgender only prison was just opened in the town of Pozzale. 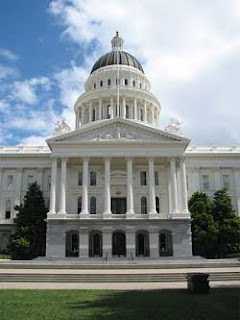 By amending the Sexual Abuse in Detention Elimination Act (SADEA) of 2005 to include self-reported safety concerns related to sexual orientation and gender identity on the list of factors for consideration when classifying and housing prisoners, the legislation promotes safety for and prevents assaults against LGBT people in the prison system. The list of factors currently includes age, type of offense and prior time served.

"All people deserve basic protections — including those serving time in our state prisons," Assemblymember Ammiano said. "No prisoner should fear for his or her life or be the target of abuse because of his or her sexual orientation or gender identity."

The bill originally developed following a Senate Public Safety Committee meeting held in San Francisco in December 2008 and is chaired by Senator and former Majority Leader Gloria Romero (D-Los Angeles). The meeting, which was sponsored by EQCA along with Just Detention International, the Transgender Law Center, the National Center for Lesbian Rights and the Transgender, Gender Variant and Intersex Justice Project, exposed the dire issues facing LGBT people in California prisons in order to produce concrete solutions. The LGBT Prisoner Safety Act is an important step toward ensuring the safety of this highly vulnerable population.

Let's hope the bill fares better in this California legislative session than it did last year and actually becomes law.
Posted by Monica Roberts at 11:00 PM