Can A Media Sistah Do Her Job Without Being Labeled Trans, Ugly Or An Affirmative Action Hire? 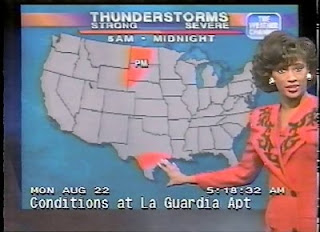 When I'm writing sometimes I'll flip on the TV and tune it to the Weather Channel. I love the two sister on-air weather presenters Betty Davis and Vivian Brown. Betty is usually doing the weekend on-air weather reports from 7 AM-11 AM EST while Vivian is on-air during the workweek.

I also like checking out their fashion styles as well as I'm finding out what the weather's going to be like here in Da Ville and the surrounding region. 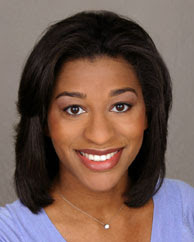 So being the curious person I am, while pondering the backgrounds of my fave sistah weather casters, I Googled their names to see what would come up.

I was not surprised to discover that these ladies both have it going on.

Vivian is a Jackson, MS native who was a world class track athlete during her time at Jackson State University, where she earned her BS in Meteorology. 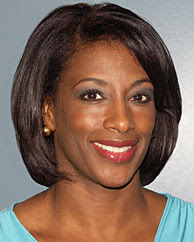 She's also a mother of two, has her seals of approval from the American Meteorological Society and National Weather Association, is the Weather Channel expert on tropical weather, a member of Alpha Kappa Alpha Sorority, Inc,, an entrepreneur who started a maternity clothing store in the ATL that features professional attire, a tennis buff and is a member of the Jackson State University Sports Hall of Fame.

I also ran across as I Googled both ladies transphobic, racist and sexist comments as well in this 2005 airliners.net thread and here about Ms. Davis and this one in my Hattiesburg.com about Ms. Brown.

Once again, this is an example of the ongoing centuries old attacks on the beauty and images of African descended women. You also have factored into this situation news and media outlets using young blonde weathercasters to add sex appeal to their newscast and draw viewers.

Some Weather Channel viewers drool over people like Alexandra Steele and have constant debates over who is the most beautiful woman on the channel. Give you two guesses whose names don't enter in that conversation.

Betty Davis and Vivian Brown are two accomplished, intelligent, and talented sisters who stylishly present the weather information we need to get through our days and work weeks. It's obvious they have the talent to do so and The Weather Channel is happy and lucky to have them. CNN hired away the other sister who used to work at the channel in Eboni Deon.

I'd damned sure be happy to stand in these two beautiful ladies pumps, and you folks who are insulting these ladies need to buy a vowel and get a clue about gender identity issues.

You also need to deal with the reality that beautiful women come in a wider variety of shades, ethnic backgrounds, body builds and skin tones besides petite, blonde, thin and white.
Posted by Monica Roberts at 12:00 PM