2010 Australian Open-Williams Sisters In Third Round 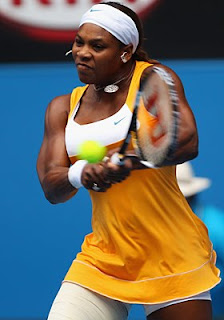 The professional tennis tour kicks off with the first Grand Slam of the season, the Australian Open. The 2010 edition began play in Melbourne on January 18, and my favorite tennis playing sisters are still in it to win it.

The Williams sisters are on the same side of the Women's singles draw and would meet in the semifinals if they keep kicking butt and taking names.

While the rest of the tennis world is buzzing over the return of Belgians Kim Clijsters and Justine Henin, with some peeps hoping they start slowing down the Williams sisters Grand Slam tournaments juggernaut, defending Australian Open singles champ Serena and big sis Venus served notice that they are still women to be reckoned with.

Serena won her opening match of the tournament over Poland's Urszula Radwanska 6-2, 6-1 and only took an hour and 13 minutes to do it.

In her second round match versus Czech Petra Kvitova she took an hour and seven minutes to advance to the third round in a 6-2, 6-1 straight set victory. 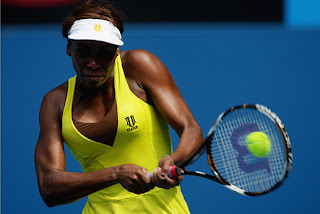 Her second round match against Austrian Sybille Bammer was more of a struggle, but she prevailed 6-2,7-5 to advance to the third round against Aussie homegirl Casey Dellacqua. 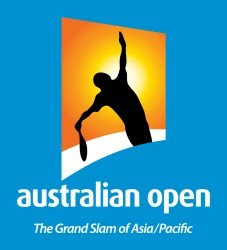 The sisters are playing doubles in this 2010 Australian Open and are the defending Women's doubles champs. They won three of the four Grand Slam doubles titles during the 2009 season with only the French Open eluding them.

They opened defense of their Women's doubles title with a 6-1, 6-1 straight set victory over Australia's Sophie Ferguson and Jessica Moore. They face Ioana Olaru of Romania and Ukraine's Olga Savchuk in their second round doubles match.

The tournament concludes on January 31, and here's hoping my fave tennis playing sisters add a few more Grand Slam titles to their trophy cases this season.
Posted by Monica Roberts at 11:02 AM