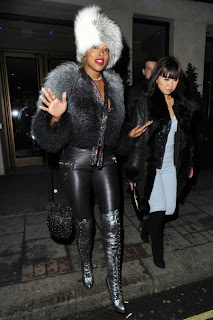 TransGriot Note: Y'all know how much I loathe PETA and their racist, sexist, classist, abelist (pick an ism) behinds. In their anti-fur campaigns they've been getting pimp slapped lately by African-American celebs who don't quite see the issue the way they do.

Mary J. Blige has already warned their anti-fur paint throwing hooligans what will happen if they try to throw paint on any fur she owns.

Well, PETA wrote the singer Kelis a letter, which she responded to on January 14 and posted on her Myspace page. Moni's going to save you the trouble and post it here.

Good morning all!
Ok, so you’re gonna love this. The other day I got a personalized letter from PETA! Lol so after some thought I've decided to write one back. Goes a little something like this:

There is no humane way to kill anything, let me start there. It’s unfortunate but it’s part of life. With that being said, I would eat pterodactyl if you found some and you told me it was meaty and delicious. And after doing a very minimal amount of research....... I found out that the founder Ingrid Newkirk is completely batty. I had a feeling but she far exceeded my expectations. I mean certifiably insane! Lol this chicks will is nuts, google it – it’s a riot! Beyond the fact that I think she's a diabetic, which means she needs insulin, which is taken from lab pigs (I know this because my sister happens to be in veterinary school), which would be completely hypocritical. It’s like don't abuse animals unless it can help me.

I feel very strongly about a lot of things such as the sweatshops that spin cotton and the blood on their hands. Btw it’s not just the look of fur. It’s warm as hell and feels glorious, ever rubbed faux fur on your body? Nothing luxurious about that. Then the letter proceeded to name artist and designers who don't wear real fur. Great! More for me! I don't judge them, don't judge me.

If I started wearing endangered animals like polar bear or orangutan then talk to me. (Which btw for the record I would not - I do believe in the preservation of endangered species) But the minks and chinchilla that quite honestly are rodents and if weren't in the form of a coat I would demand they be put to death anyway are not an issue to me.

The death of high fashion. Ugh. 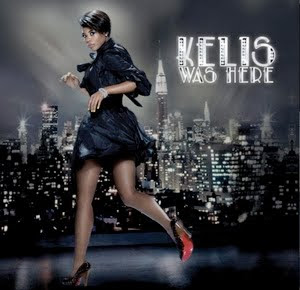 I eat meat, and in fact my mouth salivates as I type the word meat! And the paint throwing that's just ridiculous! What if I was hurling Loubitons and Pierre Hardy's at every sad poorly dressed person on the street? As right as I may be it’s just fanatical and crazy. And people have the right to feel as they please. What about art? Survival of the fittest. Natural selection? No let's just let all the rodents run free and over take our cities. Oh wait they have, NY and LA in particular are infested! Why don't u save them all from scavenging on the streets and ruining my evening strolls, take them home. Make them pets! Get off my back! Pun intended!

Underpaid minorities picking your vegetables, now that's fine for you right? Please, fight for their rights. How about the poverty in the communities of brown people around the world. She had the nerve to say (and I quote) "get over it" talking of the issue of black people and slavery in this country verses cows being slaughtered. Is she kidding me? Lol yes she must be. Actually, she's lucky most black people have real issues to worry about in the U.S and don't give a crap what her delusional privileged opinions are. But she should try saying that again just for kicks n giggles on the corner of Adam Clayton Powell Blvd in Harlem n see how well people "get over it" lol.

If u want to preach do it about something worthwhile don't waste my time trying to save the dang chipmunk.

Find a worthwhile cause like the women being maimed in these Middle Eastern countries. Or female circumcision. Or women's rights here in America, we still get paid less for doing the same jobs as men. Quite honestly if you hate the world so much go live in the forest where no one else has to hear you complain about the perfectly good food chain the good Lord created. Everyone has the right to an opinion, and that's mine on that! xoxo