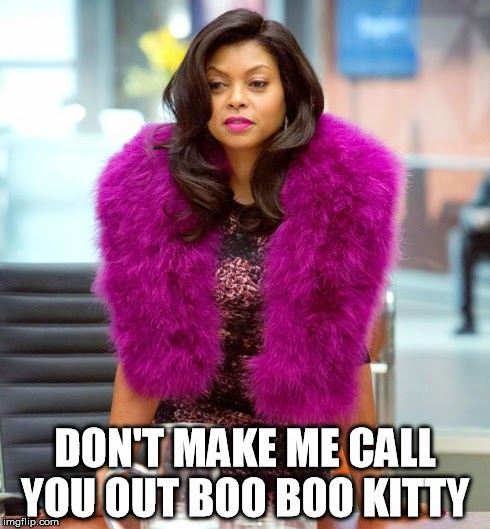 Then don't do the jacked up stuff that puts me in the position of having to do so on this blog.

Yeah, it's good for my hit counts when I call out the stupid crap that goes on inside and outside of Trans World. But if I had my druthers, I'd much rather report on and praise people for doing the right thing by all the communities I intersect and interact with.

But there are just some of you peeps who get your jollies oppressing people or saying some problematic crap, and then I get to have fun gleefully calling your azzes out.

As some of you are quite aware of, I don't have any problem holding people accountable.

Neither do I have a problem in calling out friend, foe and frenemy for the fracked up crap they do, or when they are trying to push unjust policies and proposed bills that seek to denigrate and dehumanize my trans brothers and sisters.

So don't start none, won't be none.   But as long as some of you arrogantly wallow in cluelessness. transphobia, homophobia, sexism, racism, (fill in the blank), and it has the potential to harm the trans community and our human rights movement, I will call you out without hesitation.
Posted by Monica Roberts at 12:00 PM