It's been way too quiet news wise about our trans sisters in Brazil, and this police brutality story was brought to my attention by my sis Aleika Barros

Model Veronica Bolina, for reasons that are still unclear, was arrested for assaulting a senior citizen in her apartment building April 12 in Sao Paulo.

She was sent to a male prison, which is problematic to begin with, and during a prison transfer allegedly got into a scuffle with a police officer that resulted in half his ear getting bitten off.

The police claimthey didn't do it, but how did Veronica end up with her hands and feet handcuffed, breasts exposed, head shaved and severely beaten to the point she was hospitalized?

The Brazilian media predictably misgendered Veronica, and focused on her alleged scuffle with the police officer while conveniently neglecting to mention what they may have savagely done to her. 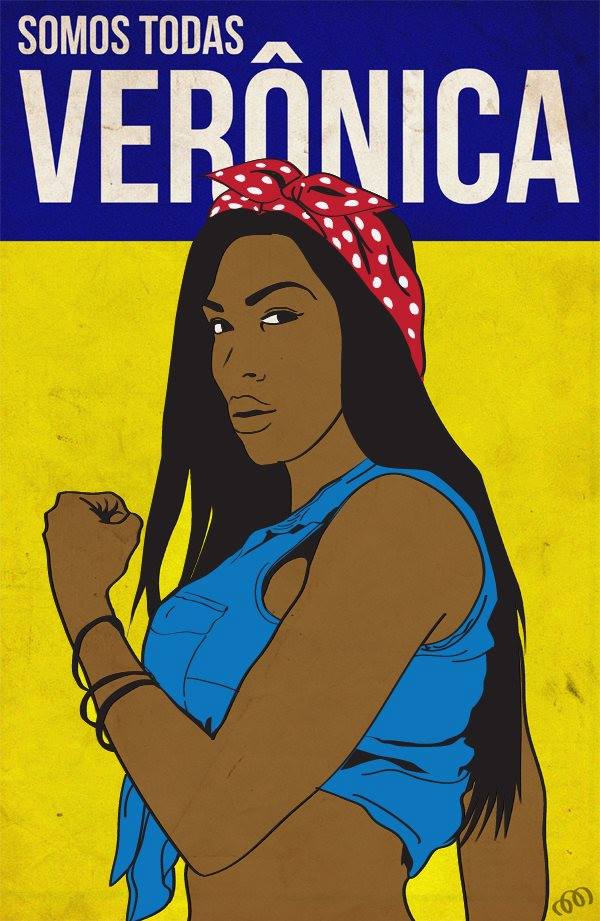 Bolina told Alessandro Melchior, the coordinator for LGBT policies in the city of Sao Paulo, that she was also attacked in the hospital she was sent to recover in from the injuries she received from the police beating.

The horrific pics are circulating on Brazilian social media and has the Brazilian trans and LGB community outraged over what has happened to Veronica.

They are tweeting #SomosTodasVeronica (We Are All Veronica) in support of her.

Aleika and other Brazilian trans women would agree that what Veronica is accused of doing in the assault is unacceptable, and if she committed the crime, she should do the time for it.

However, my Brazilian sisters would also tell you they draw the line at Veronica being thrown in a male jail cell, exposing her to the possibility of sexual assault, having her head shaved and being savagely beaten.

Being savagely beaten and humiliated by the police or whoever did it should never be part of a jail sentence, and it points out the  need for human rights laws in Brazil that cover trans women in a country in which 113 trans women were murdered last year,

It's even more imperative trans human rights coverage happens in a Brazil in which faith based hate is directed at the Brazilian trans community on an almost daily basis.