Last Thursday night I got a chance to cross something else off my activist bucket list.

I got the opportunity to do a panel discussion on an HBCU campus.  The fact it was Texas Southern University, where I have extensive family ties, made it even more special.

It's the beginning of an ongoing conversation on trans and SGL issues that needed to happen.

And in the wake of the Jenner 20/20 interview, one of the things that I've was pondering on the way to Dallas for BTAC is what can we do in Black Trans World to get our people to realize we Black trans folks are part of the Black community, and our issues are Black community issues. 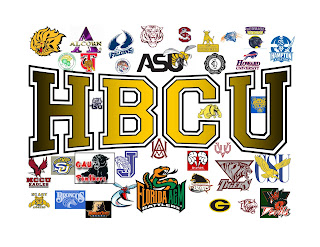 TSU is one of 106 HBCU campuses in the United States, and sadly only 21% of them have full time LGBTQ organizations on campus.  Only three have gender identity and expression in their non discrimination statements.   Only three (Bowie State, North Carolina Central and Fayetteville State ) have  LGBT centers on their campuses.

HBCU's better recognize that LGBT African-Americans are not only aren't going away, when it's time for us to choose a college to matriculate at, we are going to look at attending HBCU's to further our collegiate education.  But in order to do so, HBCU campuses are going to have to become more culturally competent in order to get Black trans, bi and SGL students to consider matriculating there.

If they don't start considering doing that or refuse to do so, being a HBCU will not be enough to draw them away from other college campuses that do make their campuses safe for trans. bi and SGL students to matriculate on and proudly promote it..

It's past time for HBCU's to start having those conversations, and if it is BTMI, BTWI and TPOCC that facilitates those conversations on the HBCU campuses around the nation, then that's all good, too
.
Posted by Monica Roberts at 12:00 PM