Happy 21st Transition Anniversary To Me!

Today is the day 21 years ago I began the very public phase of my transition journey when I walked into my job on April 4, 1994, one month before my birthday and clocked in for work as moi.

Little did I realize at the time that this small step would lead to a giant leap in the quality of my life I was living up until that point.   I also look at it as the day my life began.

The activism wouldn't come until a few years later, because at that point in time I was fixated on just being the best sister I could be at the time and fulfilling my vow to my cisgender sisters at IAH who had my back  to be a compliment to Black womanhood and not a detriment to it.

Have I lived up to it?  I believe I have, and so do many of the women who are in my life cis and trans. I'm considered a possibility model as a writer and award winning activist with a widely read and GLAAD award nominated blog.

I don't just talk about how to be an intersectional trans leader, I do my utmost to role model it.

But there is always room for personal improvement and evolutionary change.

I've also seen a societal evolution over the last 21 years as a Black trans woman.   I have seen us go from not having our voices heard in either cis, SGL or trans ranks to becoming major respected thought leaders.   I have seen girls who share my ethnic background do everything from write New York Times best selling memoirs, perform at Carnegie Hall, to ripping runways and getting the lead role on an upcoming legal drama series.

I have also seen trans women succeed in any job they are given an opportunity at from working in retail to being doctors and lawyers. 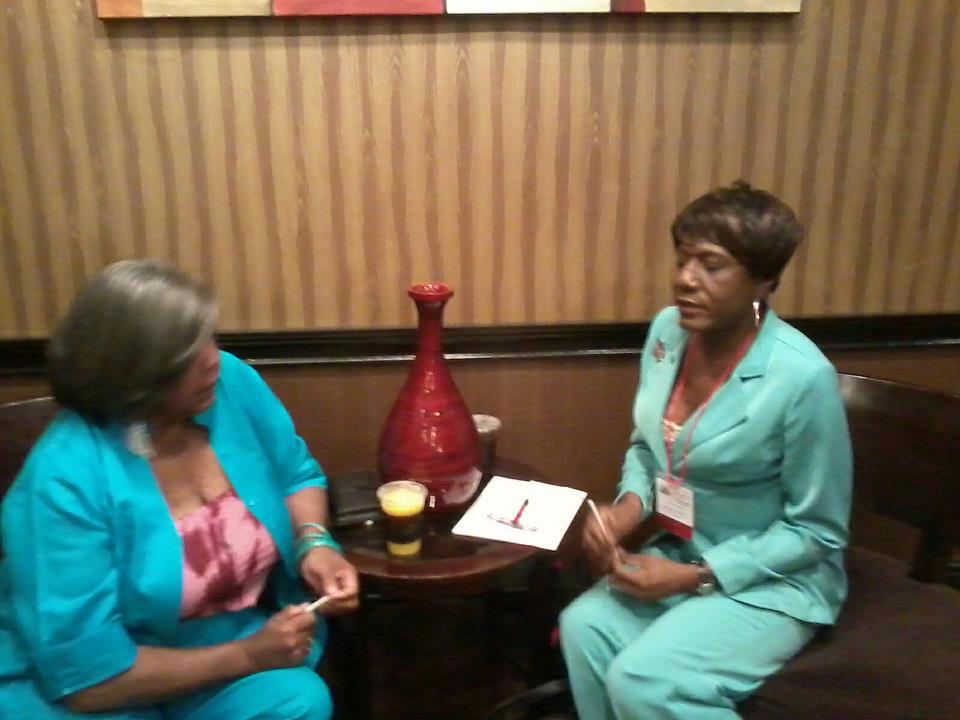 But just as I have seen some things dramatically change over the last 21 years, there are some that sadly haven't.   My sisters are still facing genocidal levels of violence.

Instead of gay and lesbian politicians opposing our human rights march, it's now the conservative movement with anti-trans laws they are attempting to pass in Florida, Missouri and my home state of Texas to dehumanize and criminalize our lives.

Far too many of our people are choosing suicide rather than getting their best revenge against trans oppression by living their lives well.

Just last month I had the amazing experience of going to the White House for a historic Trans WOC policy briefing.   I talked to Angela Davis in Chicago, and the Rev Dr William Barber II.  I took a photo in Philly in front of the former Dewey's Lunch Counter 50 years after the trans themed sit in that happened there, went to Austin to talk to our state legislators, saw Tona Brown perform for the first time, talked to our Harris County DA Devon Anderson, met the amazing Mia McKenzie and Gloria Allen, and got to meet and spend quality time with many peeps I'd known online for years.

What will this month have in store for me?   That's a good question.   But it's a question I can ask because I'm alive to do so and see where this amazing journey takes me next.

So happy 21st Transition Anniversary!   Looking forward to seeing where I am when my 22nd transition anniversary happens next year.