Why It's Inaccurate For A White Person To Call Blacks Racist 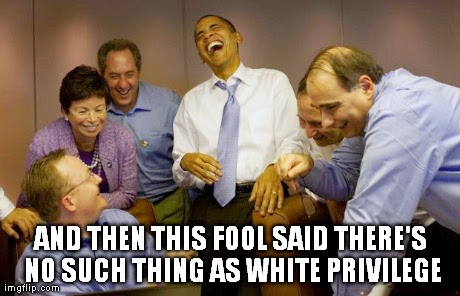 If I had a dollar for every time  I have called out the deleterious effects of whiteness and white supremacy on this blog and been inaccurately called a racist by white people inside and outside the LGBT community who have ZERO lived experience with navigating it, I'd be a multimillionare by now.

Once again, racism is  not an epithet pissed off white person utters at a non-white person that calls them on their crap.  If you believe that bull feces, you've been watch too much FOX Noise or are swimming in too much unacknowledged vanillacentric privilege.

As a TransGriot public service, here's the Sociology 101 definition of racism.

In the USA and much of the world, historically that group has been white people  Black people can be bigoted and prejudiced, but we have never had the power as a group to negatively impact white lives as a group.

Only white people have had that power, and they have (and continue to) gleefully at times use it

And you will get the eye roll, called out in cyberspace or laughed out of the room if you even try to deploy a dictionary definition of racism with me or any other Black person to invalidate our lived experience with it.

To underscore what I'm trying to get across to you in this post, here is Dr. Joy de Gruy Leary  explaining to a group of people discussing police brutality and the shootings of unarmed Black people how racism plays a role in it by pointing out the power element.