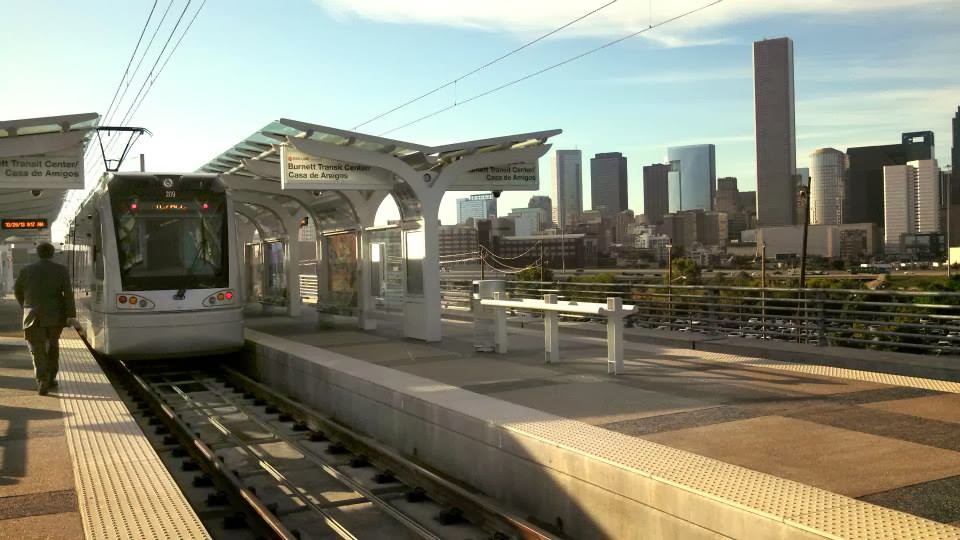 Tell your GOP legislators representing you to stop messing with METRO's ability to get federal dollars so we can build it faster.

As y'all know I am an enthusiastic proponent of public transit, especially when it comes to adding rail to the mix.

One of the reasons our local transit agency METRO was founded in 1978 was to take over the HouTran bus system which was plagued with frequent service problems and an elderly bus fleet ina rapidly growing city.   Part of the sizzle that sold the initial creation of METRO and the 1 cent tax many of us in the area pay to fund it was the promise of a heavy rail subway system that was supposed to have become operational in the 1990's.

But fighting the creation of that METRO rail component has been a staple of local conservafool politics since the 1980's.   A coalition comprised of the Harris County Republican Party, right wing Houston Republican councilmembers like Rob Todd in concert with Rep Tom DeLay and Rep. John Culberson along with the useful fools with NIMBY syndrome have fought every METRO plan to that sough to add a rail component to our large bus oriented system citing cots or other specious reasons as our city continued to grow along with the traffic problems on our expansive freeway system.

DeLay as part of those efforts to block rail got $65 million in federal funding stripped from the project.  But other leaders and visionaries who had Houston's long term future in mind also noted that a city as expansive as ours could no longer have a transit system exclusively reliant on buses, needed a rail component and fought just as fiercely to make it happen.
They got around the federal funding roadblock that DeLay placed in its way by coming up with a locally funded plan to build a 7.5 mile long light rail line from Reliant Stadium to downtown Houston terminating at UH Downtown.

That plan was fought in the courts with rail proponents prevailing, and on March 13, 2001 ground was broken on the METRORail Red Line that opened to service January 1, 2004.

A subsequent narrowly approved 2003 referendum authorized the expansion of METRORail with non-white communities providing the critical votes to get that victory.  Construction subsequently started on the North Line (Red Line extension), East End (Green) and Southeast (Purple) lines while planning on the University (Blue) and Uptown (Gold) continues.

While the sorely needed east-west oriented Blue Line has gotten the final FTA approval it needs before construction can begin, it's the lack of federal money that's the problem.

The start of construction on the Blue and Gold Lines has been on hold pending additional federal funding, but a BRT (bus rapid transit) proposal to get the Gold Line through the Galleria corridor started has been gaining ground.  One of the appealing parts of the plan is that it could be completed as early as 2017 with the ability to convert it to light rail later if needed.

Where the grousing has been coming from is the outside I-610 Loopers whining about the fact the initial rail lines have not only been built inside the Loop, but have been extended to predominately Black and Latino neighborhoods.

Well, let's be real about that.  Black and Latino voters were the major reasons the 2003 rail expansion referendum passed, and it's logical and only fair that the first expanded lines went to serve those neighborhoods who actually use public transportation.

Since the goal is to eventually connect the light rail system to Hobby and Intercontinental airports via the Red and Purple lines, the ideal routes to get there pass through those same predominately Black and Latino neighborhoods chock full of people who have no qualms taking public transpeople and who will use the light-rail system once it is built because it's faster than taking the bus.

The Purple Line passes by the University of Houston on its way to its current southern terminus at the Palm Center Transit Center which is 5.5 miles from Hobby. (and a few tantalizing blocks from where I currently live)   The Green Line on its 3.3. mile journey passes BBVA Compass Stadium.  Once the lines merge at the stadium they share track together into downtown past the George R. Brown Convention Center, Discovery Green, Minute Maid Park and terminate just past the Wortham and Hobby Centers.

The Outside the Loopers not only want light rail routes to their areas, but also want commuter rail.  I agree with them.

I'd like that too as an Inside the Looper   I'd love to have another way to get to Galveston besides driving down I-45 south or a Greyhound bus ride.  A commuter rail route would be just the ticket to do so, especially if it made a stop in the Clear Lake area so you could access NASA, Space Center Houston and the Kemah Boardwalk.  Since Galveston now has cruise ships departing from it, would be nice to have a way to get down there for those cruises and leave your car parked in your driveway

Frankly we could also use commuter rail from Katy eastbound to connect with the future Gold Line and in that 290 Cypress-Jersey Village corridor to that point as well.   A commuter rail line would also be helpful coming from the Woodlands and Kingwood south, from Baytown going west and the Pearland-Manvel area going north.   There is a commuter rail line being discussed and studied that would run from Missouri City-Sugar Land to connect with the METRORail Red Line Fannin South terminus.

But here the rub to making that all happen.  Money is the first issue.  The other is many of those areas I mentioned are represented by Republicans, a party that as I have noted is anti-public transportation, anti-progress and anti-rail.

The bottom line is that we cannot keep building freeways in the Houston metro area forever. We are now working on a third freeway loop around the city of Houston primarily connecting the exurbs called the Grand Parkway, and building freeways is more expense than the initial costs for installing a rail system the anti-rail folks like to harp on..

White suburban Houstonians, the onus is on you if you want much needed rail in your Outside the Loop and exurban locales.  You have to help us Inside the Loopers fight for it, too. You need to tell your GOP legislators to back up off of METRO and let the federal money flow toward building an extensive rail network across this area.   And if they aren't willing to do that, then you replace them with legislators who will fight for rail in this area as part of a smart and comprehensive transit plan for our Houston metro area..