This is a day I thought I wouldn't see in my lifetime when the Republican majority passed that unjust Todd Staples' penned constitutional amendment banning same sex marriage in 2005.

While that travesty was going on, it was being denounced by Rep. Senfronia Thomson (D-Houston) in a thunderous floor speech in which she called out the haters and told it like it T-I-S is.

But there is joy in the Lone Star state about Judge Garcia's ruling as the GOP oppressors are doing their usual grumbling, oblivious to the fact they are on the wrong side of history and the US Constitution.

I awoke to the news that federal Judge Orlando Garcia (Clinton appointee) has declared the gay marriage ban unconstitutional.

Judge Garcia wrote in his opinion striking down the unjust law: "Without a rational relation to a legitimate governmental purpose, state-imposed inequality can find no refuge in our United States Constitution," Garcia wrote. "These Texas laws deny plaintiffs access to the institution of marriage and its numerous rights, privileges, and responsibilities for the sole reason that Plaintiffs wish to be married to a person of the same sex."

It is still being enforced pending an appeal that Attorney General and Texas GOP gubernatorial candidate Greg Abbott is swiftly filing.

Judge Garcia said that the couples who filed this suit are likely to win their case and the Texas ban should be lifted, but he would not enforce his ruling until ruling are rendered on two other cases pending before the 10th Circuit Court of Appeals,

Mark Phariss and Victor Holmes filed their federal civil rights lawsuit saying Texas’ ban unconstitutionally denied them the fundamental right to marry because of their sexual orientation. Cleopatra De Leon and Nicole Dimetman filed a lawsuit saying Texas officials were violating their rights by not recognizing their marriage conducted in a state where gay marriage is legal.


Attorneys for the state tried to argue Texas voters had imposed the ban through a referendum and that Texas officials were within their rights to defend marriage traditions.

Bigotry and discrimination is not 'marriage traditions', and bigotry and hatred are not values. 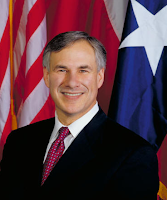 Another Texas gay couple has filed a separate lawsuit in federal court in Austin in which they are arguing that the Texas same gender marriage ban is unconstitutional because it discriminates against them based on their gender.  That case is scheduled for a hearing later this year.

Texas is in the conservative leaning and New Orleans based 5th Circuit Court of Appeals, and Judge Garcia will give the state time to file their appeal and be on the wrong side of history and human rights again .

The cool thing people, is we have a chance to punish both Abbott and Staples at the polls.  Staples, the author of it, is a candidate for the GOP nomination for Lt. Governor and predictably blasted the decision as 'judicial activism'.   Abbott tried to steer a down the middle path in his comments.

"This is an issue on which there are good, well-meaning people on both sides," Abbott said in a statement. "The U.S. Supreme Court has ruled over and over again that States have the authority to define and regulate marriage.".


Well, is it possible that we will actually see same sex couples getting married in the Lone Star State? I sure hope so.  But we still have a long way to go and more legal wrangling to come before same sex couples can say I do in Texas.

It's past time that happened and so happy for my Texas SGL peeps concerning this positive news.