School Daze has always been one of my favorite Spike Lee movies and I still pull out my DVD to watch it from time to time even though the movie was first released 25 years ago back in 1988.

It was still an encapsulation of many of the issues college students of the 80's were talking about from South African divestment to fraternity hazing. 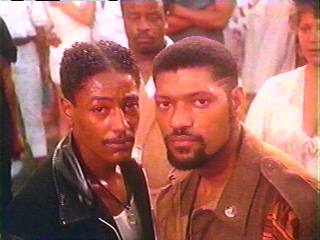 And with a cast that featured Laurence Fishburne, Giancarlo Esposito, Tisha Campbell Martin, Samuel L. Jackson and Jasmine Guy who was then lighting up the small screen on A Different World, that Spike Lee joint had us packing the multiplexes and made $14 million.

With the $71 million success of The Best Man Holiday, the sequel to the 1999 The Best Man movie his cousin Malcolm Lee wrote, produced and directed, now that we (hopefully) have Hollywood's fiscal attention, I wasn't surprised that renewed attention has now been focused on classic African-American movies hat should have been made into sequels a long time ago.

Spike Lee recently confirmed in a Black&Sexy TV interview that he has completed a script for a sequel to School Daze that takes us back to the Mission College campus 25 years later.

“I had the script for ‘School Daze,” said Lee in a recent interview.  “But, what people have to understand is that it’s a contemporary version. So it’s the same school, Mission College, 25 years later,” explained Lee. “Hopefully I can get Laurence Fishburne to play Dap. He’ll be the president now of the school. And we would deal with issues around Historically Black Colleges today.”

He says he would not only tackle some of the issues Black college students deal with in 21st century college life, he would also tackle the subjects of pledging and homophobia

I hope you can get Fishburne to reprise his Dap Dunlap role and even better, get this sequel filmed.