Now that Creating Change Houston style is over, we get to rest, bask in the afterglow of a job well done and wait to pounce on another opportunity to bid for it again.

I'm sure you are quite aware of by now that Houston set the bar high in terms of how to organize and run this event.

One of the things that we were wildly successful at was getting the Houston trans community and our allies involved.

Lou Weaver was selected as one of the four Houston Host Committee co-chairs.  We had transpeople as chairs and co-chairs of various subcommittees and a small army of them either as members of the host committee or who volunteered their time to make the event run smoothly.

We had transpeople presenting seminars or having major roles in panels.  And it didn't hurt that one of the people on the Houston host committee was a GLAAD Media Award nominated blogger documenting much of it..

Our local trans community benefited immensely from having to focus along with our SGL brothers and sisters in bringing sustained collective work toward organizing a major convention. It has laid the groundwork for the work and cohesion that will be necessary when we gear up to get a comprehensive non-discrimination ordinance with gender identity and sexual orientation language passed.

It has also had the ripple effect of not only getting us better connected with each other. but with our Houston GLB family we worked side by side with on the host committee.


We'd like to ask you to make sure that when the Denver Host Committee is formed to organize #CC15, it has significant and diverse trans representation on it like ours did. 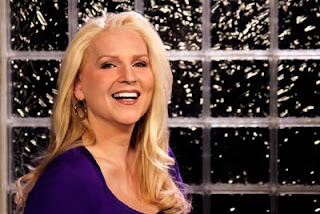 I know that Denver's trans community has groundbreaking leaders there that the rest of the country needs to know about.  You have television personality Eden Lane in your backyard who would probably make an excellent keynote speaker or panelist.  Pam Bennett has run for office in suburban Aurora twice.    My activist mentor Dainna Cicotello lives in the area, and you have unsung trans heroes and sheroes who would benefit from having the #CC15 spotlight shined on them.

And when we roll up to Denver on February 3-8 we'd love to meet them.

So Denver transpeeps, you're now on the Creating Change clock.  Please make sure that when the Denver Host Committee starts forming in a few months, that you are there in full effect repping the 'T' and your community is reflected in the programming, suites and seminars.

But you have to be part of the organizing process to make that happen.