Today would have been the 19th birthday of Trayvon Benjamin Martin if not for a fateful encounter with bigoted neighborhood watchman George Zimmerman in Trayvon's father's Sanford, FL. condominium complex.

And sadly, on Trayvon's 19th birthday we have more African-American parents who are awaiting the starts of trials of white males who felt they had the right to 'stand their ground' and kill Black children for the 'crime' of Existing While Black

A jury is being selected in the case of Michael Dunn, who shot and killed Jordan Davis because he was in a vehicle with two friends at a Jacksonville convenience store, their music was too loud for his tastes and he 'felt threatened'

Theodore Wafer, another white man who 'felt threatened' has been chaged with second degree murder and is awaiting trail for November 2 shooting death of Renisha McBride.   She simply knocked on the door of a Dearborn Heights, MI house to get help after a traffic accident and paid for it with her life.

The third white male, Randall Kerrick was wearing a CMPD police uniform when he shot and killed in September 2013 an unarmed Jonathan Ferrell ten times.  He has been indicted and charged with involuntary manslaughter. 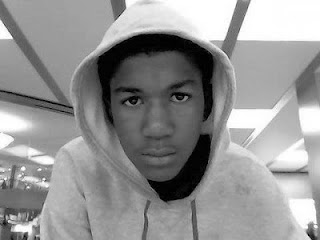 So yes Trayvon, we have a lot of work to do to kill the ALEC-inspired Stand Your Ground laws that took you and Renisha's lives.

And we will never forget what happened to you on the night of February 26, 2012 and how whiteness and white supremacy rallied to the defense (and still does) of George Zimmerman.

We will commemorate the second anniversary of your murder with nationwide events, and we also won't rest until justice is served in not only your case, but Renisha and Jonathan's as well.

We also won't rest until Kill A Black Child With Impunity Stand Your Ground laws are eviscerated.