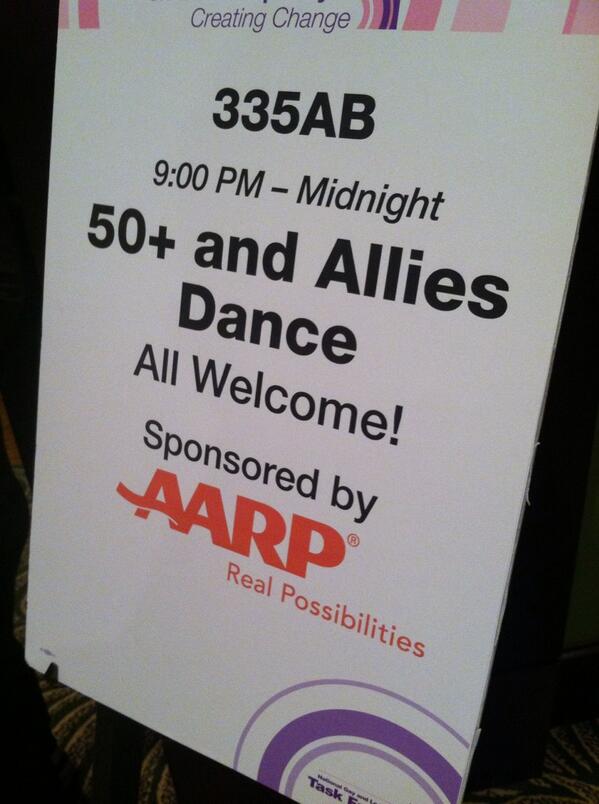 Hard to believe that this is the last full day of Creating Change 2014 Houston style.  Some of the record TBLG and allied crowd we're had over the last two days are now on their way back home while others will be hanging out until the closing plenary and Nona Hendryx concert.

The hospitality suites not only have been busy since they opened Thursday, but each one has its own distinctive style.
They range from being places of quiet reflection to ones in which there is lively and thoughtful conversation about a wide range of subjects.

It's the last full day of seminars and panel discussions plotting the next steps of our movement, and since it's Saturday, it's playtime once the long day is done.

There was the MasQUEERade Ball for the younglings 24 and under and for us grown folks the 50+ and Allies dance.   Shuttle buses departing from the hotel headed to the Montrose gayborhood and Neon Boots.  The Trans Pool Party.  The hotel bars at the Hilton Americas and the nearby Embassy Suites filling with #CC14 attendees talking about the day's events or other subjects.

But before we got to playtime, there was still the Saturday seminar schedule to get through.  Since I'd only had two hours of sleep leading into Friday, my body said "You are getting seven hours whether you like it or not."

I had a meeting of POC trans leaders and cis POC allies at 12:15 PM.  It was coordinated by Kris Hayashi to apprise us of the current situation concerning AB 1266 and let us know what their plans were in case the haters get enough signatures to trigger a ballot initiative.

Much of what was discussed in that room today is in The Trans Revolution Will Not Be Blogged About territory, so I can't comment on it.

But what I can say is that AB 1266 went into effect on January 1 and is being implemented.  All AB1266 does is clarify California state and federal non-discrimination law as it applies to trans students, and the Forces of Intolerance are still hating on it.

I was satisfied to discover the peeps in Cali are quite aware of the national implications of what the haters are up to, plans are being formulated and ready to roll out if necessary.

They sought our input and I am on the mailing list, so watch this space for further announcements

As I was wandering the Hilton Americas halls, ran into Ace Portis, and finally my homegirl Michelle Brown and her spouse.

Michelle and her cohorts from Can We Talk For Real were getting in line to take NOH8 photos.  After meeting her spouse and watching the fun for a moment, it was time to attend my first session of the day.

It was entitled Inclusive Public Workplace Policies: The North Texas Model  and was taught by Rafael McDonnell   He discussed what the TBLG community in the DFW Metroplex has been doing to initiate an impressive string of policy wins since 2010.

When that was done, as one of the inaugural Trans 100 honorees, I headed to Grand Ballroom E for Trans Visibility and Positivity: The Trans 100 that stated at 6 PM.   Toni D'orsay and Jen Richards explained how the idea came to her, how they select the curators, created the show, and whats in store for 2014.

First thing is there will be a brand new set of Trans 100 winners.  None of us who were selected last year will repeat, so will be nice to see on March 31 who gets chosen.

So after that did a little suite hopping, and buzzed the Trans Pool P with Melissa and Dylan before returning to the Racial Diversity Suite to prepare to close it at 10 PM .

Just before I left the Hilton Americas, ran into Reina Gossett, told her she'd done a wonderful job on the panel before I headed off to catch my bus.

Tonight was the KPFT-FM tribute broadcast for Jimmy Carper. As I wandered the four blocks to my bus stop I pondered a Circle of Life moment.   Back in 1999, I left Creating Change in Oakland to do my first broadcast that night at Jimmy's side.   Now with us hosting our first ever Creating Change here in Houston,  Jimmy passes away two days before it started.

Well, gotta get that beauty sleep.   Doing a 9:30 AM panel in the morning entitle Building a Bridge Over The rainbow LGBTQ Women Creating Community. that is scheduled for room 335C.
Posted by Monica Roberts at 12:00 AM