This is the last weekend of the what has been controversial except for the sports Winter Olympics in Sochi, Russia.

To be honest, I haven't been as psyched up or enthused about these Games as I have been for other previous winter Olympics because of all the problematic politics leading up to them.

The Olympic flame will go out this weekend, and the hosting torch will be passed to Pyeongchang, South Korea in 2018.

But since this is Friday, y'all know what happens today.   It's when I announce who won the Shut Up Fool Award for this week.   I had a lot of fools to weed through, and me staying up late Thursday night didn't help.

So let's get right to who stands atop the Shut Up Fool Olympic medal podium and were this week's gold, silver and bronze medal winning performers who engaged in mind bending hypocrisy, off the charts bigotry, and displayed Olympian levels of ignorance.

The Bronze Shut up Fool medal goes to the International Olympic Committee.   These milquetoasts haven't woken up to the fact that they have immense power to shape world opinion and move governments and society into a more positive direction by using the stick of awarding of the Olympics and their multibillion economic boost as the catalyst for change.   They continued their soft on Putin position by defending the arrest of former trans Italian MP Vladimir Luxuria for protesting their anti-gay laws.

And next July, the 2022 Winter Games host will be announced  Where are you going to put those games?  Pyongyang?

The Silver Shut Up Fool medal is a joint one for John Kavanaugh and his fellow haters in the Arizona Legislature who passed SB 1062, a right to discriminate bill ostensibly aimed at gay peeps in the Grand Canyon State but in which Kavanaugh will defending it on national TV let it slip it could be aimed at other ethnic minorities you white conservahaters don't like and hold up your 'religious beliefs' as a shield for your bigotry.

Gov Jan Brewer (R) hasn't autographed it yet, but it remains to be seen if she';s going to to do the right thing or the right wing thing.

Because if she signs it, this could have unintended consequences for the haters like so called 'Christians' being banned from places and as one Tucson pizzeria just did, posted a sign in protest of the law reserving the right to refuse service to Arizona legislators.

Arizona once again could be facing the backlash of an economic boycott as organizations pull their convention business out of the state, corporations refuse to relocate there and the NFL and NCAA  refusing to host Super Bowls or Final Fours in the state. 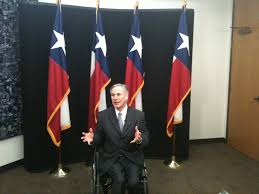 The Gold Shut up Fool Medal winner is Texas AG (R) Greg Abbott, who decided to burnish his conservfool credentials with GOP primary voters in next months primary that early voting ha started for by touring the state on a campaign swing with racist and misogynist azzhole (and 2013 Shut Up Fool of the Year contender) Ted Nugent

Ted stirred up much of the controversy when he said of his own conservafool political advocacy, "I have obviously failed to galvanize and prod, if not shame, enough Americans to be ever-vigilant not to let a Chicago communist raised, communist educated, communist nurtured, sub-human mongrel, like the Acorn community organizer gangster Barack Hussein Obama, to weasel his way into the top office of authority in the United States of America."

As Ted toured Texas with Abbot, who also has a lot of baggage of his own with non-white Texans, he kept pouring gasoline on the controversy he was stirring up while Greg Abbott tried to defend his decision to do the tour with Nugent as 'forcing Wendy Davis into a box on 2nd Amendment issues."

Keep running the Clayton Williams 2.0 campaign Greg.   The more stuff like this you pull, the more it makes likely the election and the inauguration of Gov. Wendy Davis