Trans Community, Don't Repeat The GL Community Mistake About The US Flag 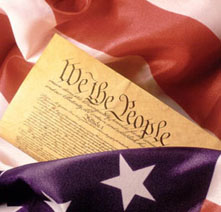 The events leading up to the attack on Fort Sumter by the Confederate traitors in April 1861 caused a surge of patriotic fervor for it combined with new mass production techniques making it easily available and established it as a symbol for a unified nation that eventually tens of thousands of men shed blood for over the next four years of that conflict and subsequently thereafter.  .

President Woodrow Wilson issued a 1916 proclamation that officially established June 14 as Flag Day and that was followed up in August 1949 by the establishment of National Flag Day by an Act of Congress.

The transgender pride flag was conceived by Monica Helms when she lived in Phoenix, AZ and was first flown at a pride parade in that city in 2000.

The flag that represents the trans community consists of five horizontal stripes.  Two light blue ones, two pink ones and a white stripe in the center.

Ms Helms describes the meaning of the flag as "The light blue is the traditional color for baby boys, pink is for girls, and the white in the middle is for those who are transitioning, those who feel they have a neutral gender or no gender, and those who are intersexed.

As Sea Monica stated while explaining the thinking and symbolism behind it, "The pattern is such that no matter which way you fly it, it will always be correct. This symbolizes us trying to find correctness in our own lives."

So why am I giving you an encapsulated history of US Flag Day and the creation and symbolic meaning of the trans pride one?  Well, not only because y'all needed to know that history, but there's a larger point I'm segueing into. 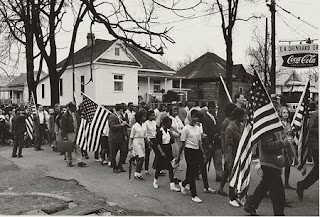 I've talked about one of the recurring mistakes of the GL movement being a deceptively simple one in the fact that they fail to fly the American flag at any protest or event in the GL community.

The American flag is seen as an iconic symbol of our country.   We are fighting oppressors willing to lie, obfuscate and demonize us by any means necessary in order to deny us our constitutionally guaranteed civil and human rights.

We are also aware through a perusal of history that any marginalized group fighting for their human rights is usually demonized at some point as un-American by the Forces of Intolerance.   The easiest way to counter the lie and take away one of their spin lines is to proudly fly Old Glory at any protest or community event we hold.

Since that message seems to be slow to take hold in the GL community, let me chat with my transpeeps for a minute.

As we've recently seen with the addition of more states and jurisdictions adding trans rights laws, momentum is building in our direction toward our inevitable victory on the civil rights front.   Our cause is just, we have the moral high ground and we need to unflinchingly use it. 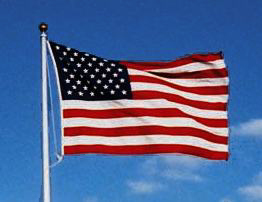 We also need to make it clear while we are not only proud transpeople, but proud Americans as well.   What better way to send that message is that as we march in TBLG or trans pride parades, having a 2-1 ratio of American flags to trans pride ones?   Having American flags prominently displayed at our signature trans conventions like the IFGE and the Southern Comfort Conference?   If we have press conferences an American flag is displayed if you have a trans one present?

No marginalized group throughout American history attempting to gain human rights coverage inside United States territory has done so without displaying the US flag, and the GL ones stubborn adherence to flying the rainbow flag only at big protest events so far has borne that out as well.

So trans community, time to work smarter, not harder.   Next time we have those press conferences or when we have community event we're planning, make sure Old Glory is in the room or on site to remind others and ourselves that we are Americans deserving of the same constitutional rights that others continually take for granted.