Focus On What's Above The Waist, Not Below It 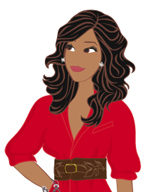 One of the things I keep hearing from elements of the community in this 'transsexual vs transgender' word semantic fight that bother me from the folks on the 'transsexual uber alles' side of it is commentary laced with the foul smell of internalized transphobia and homophobia.

I've heard and read comments viciously tearing into crossdressers and people expressing their 'ick' factors about pre-op and non op transwomen to the point it makes me wonder if I'm on some right wing website instead of a so called liberal-progressive one and I'm tired of it.

News flash.  Your gender ID is between your ears and how you express it predominately takes place above your waist, not below it.

People outside and inside the trans community need to grow the hell up and focus on what's above the waist rather than what's below it.  The only people who are going to see the genitalia you spent $10K or more surgically acquiring between your legs is you, your various doctors and the person you're getting intimate with. 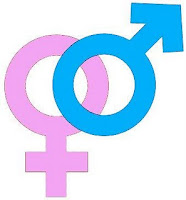 Since I'm on the let's get real track, might as well continue riding this train to the next station.

With all due respect to 'errbody' on whatever side of this contentious debate you're on, at the start of our transitions, no matter how you try to slice it, we are all considered CD's in the early phase of it until our bodies morph into a more feminine form by people outside our community and society at large.   We know we're trans, but our detractors disrespectfully don't care.

Just as you trans uber alles peeps don't want society or people making broad brush assumptions about you as a transwoman, neither should you be doing the same generalizing about CD's.   They come in all shapes, sizes and flavors just like we do from not being able to pass in a Kentucky coal mine at midnight to drop dead gorgeous feminine presentations.

I knew CD's back in the day in which the only time they were in 'male mode' was at work and the rest of the time they were en femme.  There were CD's I was aware of who were on various dosage levels of hormones as they tried to find the right time to transition.

And as for transwomen with neoclits, don't even go there.   If you ain't planning to keep yours or sleep with a transwoman who has one, why is it your business or why should you care who does and what they do with it, much less frack with them?    As long as it ain't affecting you, what people do behind closed bedroom doors and how they do it as long as it's legal and between two consenting adults ain't our business. 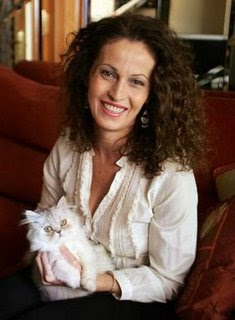 Some of the best activists in this community doing the work to advance everyone's civil rights are those 'icky' pre-op and non-op people some of you irrationally hate on.

Carla Antonelli, one of 'those transwomen' some of you have a problem with is responsible for doing the hard work and activism that helped all Spanish transsexuals gain the civil and legal rights they enjoy now.

In addition to creating a website that was one of the first to portray transwomen in a positive light and was the inspiration for Dr. Lynn Conway's TS Successes, she drafted the Gender Identity Law and threatened to go on a hunger strike until it was passed in 2007.while Charlotte Goiar and friends were hatin' on her.

So y'all wanna keep chomping on the debunked HBS hater tots, be my guest.

Ahem, as I stated earlier, it's time for trans people to focus on what's ABOVE the waist, not what's below it.

We have real enemies that hate us.   There are alleged faith based hate groups opposing any trans civil rights legislation that will make our lives easier.   We have oppressive GOP legislators such as Ken Fredette and friends writing unjust bills that attempt to make our lives harder.

It's past time we started turning that fury and animus on them and not on each other.