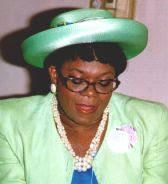 Was saddened to hear that one of my old friends and fellow advocates in New York, Dana DeAndra Turner passed away in April

Dana was an attorney, role model and powerful transsistah who was part of ICTLEP, had worked for Conscious Contact and the Sylvia Rivera Law Project.   She'd been an award winning advocate for the trans community there and nationally with an emphasis on transwomen of color for over 30 years.

She had overcome some challenges as well.  Dana was diagnosed in 1987 with HIV during her second year of law school at Washington D.C.'s Georgetown University Law Center.  It led to her briefly dropping out of law school, but she returned to ultimately graduate with her Juris Doctorate in 1991.

Armed with her law degree, she focused on the areas of public interest law and relentlessly  campaigning for the rights of people living with HIV/AIDS.

I met her in 1999 during the process of forming NTAC and immediately liked her.   She was a fashionista like myself and had a reputation as a cut to the chase, get it done, tell it like it T-I-S is way of speaking up for underserved populations and issues near and dear to her heart.

One of my fave memories of Dana is flying up to New York during my Air Marshal days for a memorable visit in which we hung out at her midtown Manhattan place and bounced to a Black gay club on W 14th Street called One Potato Two Potato. 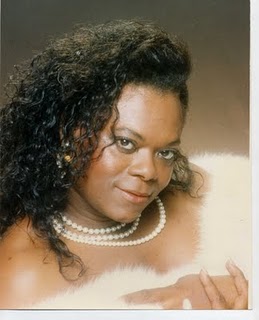 We were talking shop about some trans civil rights issues while a drag show was going on.   The drag artist obviously had a problem with us not focusing our attention on her and sent the alleged assistant manager over to where we were standing to tell us we were disturbing her lousy act.

Dana's infamous wit showed up when she glared at the stage and said as I rolled my eyes at the manager, "Disturbing her act?  Who does she think she is?  This ain't Lincoln Motherfracking Center!"   We then left the club in dramatic fashion to go get pizza as the drag queen causing the drama rolled her eyes at us.

We hadn't been in contact as much since she's been busy with her projects in New York and the last time I talked to her was in January.   I'm going to miss talking to one of the people who helped expand my horizons as an activist and challenged my political thinking at times..