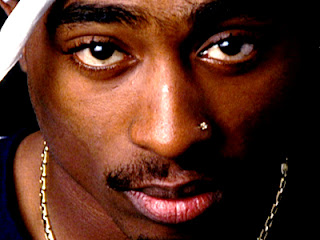 "I want to grow. I want to be better. You Grow. We all grow. We're made to grow.  You either evolve or you disappear. "   Tupac Shakur


Today would have been the 40th birthday of actor and rapper Tupac Amaru Shakur had he not been gunned down in Las Vegas back in 1996.

As of 2007 he'd sold over 75 million albums worldwide and 37.5 million of them in the US alone under his stage names of 2Pac and Makaveli.

But when he died on September 13 at age 25, many of us since then have wondered what would have happened if Tupac was still living on Planet Earth right now and was able to celebrate his birthday today?

No doubt he'd probably still be recording and acting.   Would have loved to had him around to see and hear his reactions to the 2000 and 2004 selections, Hurricane Katrina and the election of President Obama along with other issues impacting the African American community that he expounded about in his rap songs and poetry.

Would Will Smith had much stiffer competition for the heart of Jada Pinkett had he been around since both Pac and Jada have admitted they had a special friendship back in their high school days and she only got married to Will in 1997?

We'll never know that and the answer to other questions since he was taken away from us way too soon thanks to senseless violence.