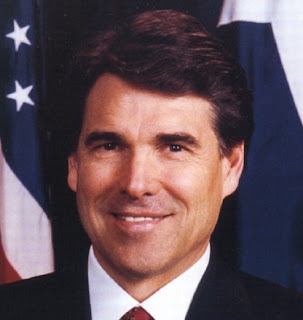 As you know Governor Goodhair is hosting a prayer service in H-town on August 6 at Reliant Stadium in which he has invited the nation's governors to attend.   So far only Sam Brownback (R-KS) has confirmed he will do so.   It's also being sponsored by the American Fascist (oops Family) Association.

And to add more fun to this right wing hate fest, it's being protested for some yet unannounced reason by the Phelps Phamily.   My educated guess is because of who's sitting in the mayor's chair right now.

If you have a problem with me calling it a hate fest, too bad.  The American Family Association that is sponsoring this event is a documented hate group

So as I continue to tell you peeps, some Texas cities are oases of tolerance in our red state full of conservafools   Houston is one of those oases of tolerance and this statement calling out the event was recently released by the Houston Clergy Council

As Houston clergy, we write to express our deep concern over Governor Rick Perry’s proclamation of a day of prayer and fasting at Houston’s Reliant Stadium on August 6th.   In our role as faith leaders, we encourage and support prayer, meditation, and spiritual practice.  Yet our governor’s religious event gives us pause for a number of reasons:

We believe in a healthy boundary between church and state.  Out of respect for the state, we believe that it should represent all citizens equally and without preference for religious or philosophical tradition.  Out of respect for religious communities, we believe that they should foster faithful ways of living without favoring one political party over another.  Keeping the church and state separate allows each to thrive and upholds our proud national tradition of empowering citizens to worship freely and vote conscientiously.  We are concerned that our governor has crossed the line by organizing and leading a religious event rather than focusing on the people’s business in Austin.

We also express concern that the day of prayer and fasting at Reliant Stadium is not an inclusive event.  As clergy leaders in the nation’s fourth largest city, we take pride in Houston’s vibrant and diverse religious landscape.  Our religious communities include Bahais, Buddhists, Christians, Hindus, Jews, Muslims, Sikhs, Unitarian Universalists, and many other faith traditions.  Our city is also home to committed agnostics and atheists, with whom we share common cause as fellow Houstonians.  Houston has long been known as a “live and let live” city, where all are respected and welcomed.  It troubles us that the governor’s prayer event is not open to everyone.  In the publicized materials, the governor has made it clear that only Christians of a particular kind are welcome to pray in a certain way.  We feel that such an exclusive event does not reflect the rich tapestry of our city.

Our deepest concern, however, lies in the fact that funding for this event appears to come from the American Family Association, an organization labeled a hate group by the Southern Poverty Law Center.  The American Family Association and its leadership have a long track record of anti-gay speech and have actively worked to discriminate against the gay, lesbian, bisexual, and transgender community.  The American Family Association and its leadership have also been stridently anti-Muslim, going so far as to question the rights of Muslim Americans to freely organize and practice their faith.  We believe it is inappropriate for our governor to organize a religious event funded by a group known for its discriminatory stances.

As religious leaders, we commit to join with all Houstonians in working to make our city a better place.  We will lead our communities in prayer, meditation, and spiritual practice.  We ask that Rick Perry leave the ministry to us and refocus his energy on the work of governing our state.

We add our names in support of the Houston Clergy Council statement released June 13, 2011