For those of you who read my blog regularly. you'll note that I have the phrase 'tell it like it T-I-S is' incorporated in many of the over 7000 blog posts I've composed for this blog.

So what does it mean and where did it come from? 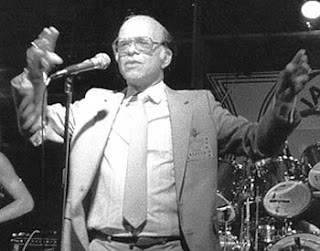 I didn't create it.  I give the credit for it to the 'Father of Black Radio', Jack 'The Rapper' Gibson.'

I used to read his Mello Yello Black radio and music publication when my Dad was finished with it, and saw it there regularly.  I loved Gibson's no holds barred truth telling style when he wrote about issues inside and outside Black radio world.

The T-I-S in that phrase I borrowed from him stands for 'truth is sacred'.  It hearkens back to a long history we have in the African-American community of fearlessly speaking truth to power.

As James Baldwin once wrote in Rap on Race in 1971, "I write to bear witness to the truth.'.

And so do I.   That's one of my goals here at TransGriot.   Yes, I find it interesting that some people can't handle that truth, especially when I am in tell it like it T-I-S is mode.  I do so because to do anything less is spitting on the legacy of the legions of truth telling writers my people have proudly produced and I am an heir to that legacy. 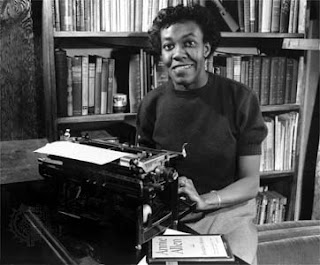 As a unapologetically Black trans person who has the writing skills to (sometimes) pay my bills, I am feeling the 1972 words of Gwendolyn Brooks when she said, 'True Black writers speak as Blacks about Blacks for Blacks'.

If you're not Black but get the messages that I convey in my writing, then that's all good too.

So now you know not only where that phrase comes from, but where my head is at when I write it.
Posted by Monica Roberts at 12:00 PM