It was one of the things I was working on before I left Kentucky, and I was pleased to hear that the statewide Fairness Bill, HB 171 finally got a committee hearing in the Kentucky House.

It was introduced back on February 5 and assigned to the House Judiciary Committee the next day.

If passed, HB 171 would protect people in the commonwealth from discrimination based on sexual orientation and gender identity in employment, housing, and public accommodations.

It would also make Kentucky one of the first Southern states to do so.

Six Kentucky cities, Louisville, Lexington, Covington, Vicco, Morehead and the state capitol of Frankfort,  representing a quarter of the state's population of 4,380,415 are covered by Fairness laws.   But those laws only protect BTLG Kentuckians if you live in one of those six cities, which is why we've had the ongoing push for a statewide Fairness law. 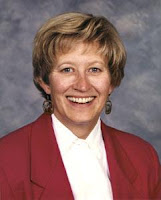 HB 171 is sponsored by my former state rep when I lived in Da Ville, Mary Lou Marzian (D).  It has as co-sponsors (all Democrats) Reps. Arnold Simpson, Kelly Flood, Ruth Ann Palumbo, Joni Jenkins, Jim Wayne and Susan Westrom    Speaker of the House Greg Stumbo is considering becoming a co sponsor as well and House Judiciary Committee chairman John Tilley (D-Hopkinsville) indicated in an interveiew that he supports HB 171.


Read more here: http://www.kentucky.com/2014/03/05/3122897/after-15-years-lawmakers-hold.html#storylink=cpy
.  .
The General Assembly is not yet ready to vote on a civil rights bill covering gay, lesbian, bisexual and transgender people, Tilley said. The bill might be called again at a future date, he said.in an interview with the Lexington Herald-Leader .

"There still is concern among members on both sides of the aisle. This hearing was an attempt to dispel some of that concern," Tilley said.

Chris Hartman, the director of the based in Da Ville Fairness Campaign, said in a Herald-Leader interview that Wednesday's hearing on the statewide fairness bill was progress because past versions of HB 171 were never even discussed in a committee.

"At the very least, there was conversation, and that ultimately engenders support," Hartman said   "Without conversation, the bill would ... languish for the next 15 years."

In the Senate it's SB 140 and is sponsored by Sen.  Morgan McGarvey (D) with co-sponsors (once again all Democrats) Sens Gerald Neal, Denise Harper Angel, Perry Clark, Reginald Thomas and Minority Whip Jerry Rhoads.   It was introduced on February 12 and assigned to the Senate Judiciary Committee on Valentines Day.

After 15 years of liberal-progressive Kentuckians pushing for it to happen, the hearing that Chairman Tilley talked about finally took place on March 5.  But with a divided legislature  (Republicans 23-12-1 independent in the Kentucky Senate, Democrats 54-46 in the Kentucky House) and the political shockwaves from the recent federal judicial decision invalidating Kentucky's same sex marriage amendment still reverberating throughout the Commonwealth, this may be all we get before the session ends in April

Then again, I never thought I see a Fairness law passed in Frankfort either.

You can check out the video testimony from the HB 171 hearing.