Every time I start riffing on this blog about the many ways that conservatism only benefits wealthy white people and I call it and the Republican Party the political arm of white supremacy, I get pushback from self described liberal and moderate conservatives who try to claim that the Republican Party isn't as bad as I point out in my blog posts.

Hey, I've been diplomatic in my blog posts.  Your party is actually far worse.

Ever since the announcement in the wake of the ballyhooed post-mortem after the 2012 election that the GOP and conservative movement was going to do serious outreach to non-white communities, I've been skeptical about how successful this round of it was going to be given that I've been hearing this line from them since the 80's..   And so far, this latest  round of outreach has been the laughing my butt off disaster I expected it to be. 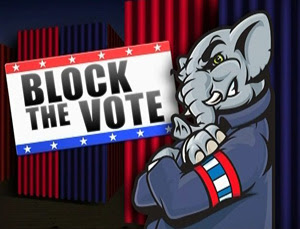 They have two impossible and diametrically opposed tasks they are trying to accomplish .  How are you going to persuade non-whites to join their party without saying something homophobic, sexist and racist coming out of their mouths?

More importantly, how are you going to convince non-white people to join your party while simultaneously refusing to modify or change your policy stances that are offensive to non-whites like your voter suppression efforts, your attacks on the poor and attacks on women?

And frankly, your policy stances not only suck, but don't help anyone except rich white men.   Don't even get me started about the person you have delivering the message in Sen. Rand Paul.   It is those policy stances coming from overwhelmingly white spokespeople that turn off people of color, combined with the insensitive and racist rhetoric you use to sell those policies. 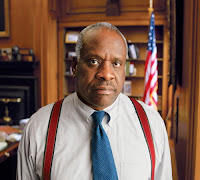 It also doesn't help your cause that the non-white members of the movement and your party that you hold up as leaders like Sen. Ted Cruz (R-TX), SCOTUS Justice Clarence Thomas, Sen Tim Scott (R-SC), Allen West, and Mia Love are deeply unpopular and considered sellouts in our ranks.

Meanwhile the folks you should be putting out there to represent you like Colin Powell and Erika Harold you disrespect as RINO's or worse.

The empty CPAC room for the Thursday minority outreach panel shows just how much a priority it is for the conservative movement to address that problem or how much credence conservative activists put toward solving tit.

But the United States is a country that is growing more ethnically diverse by the day. and you can no longer get 75% of the white vote and win national elections.  The voter suppression  tactics aren't going to work forever because demographics and time are not on your side and they piss the people victimized by them off. 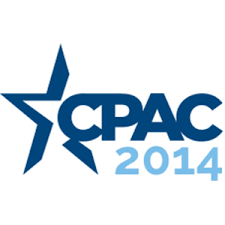 If you are serious about attracting people of color to your party, you have two choices.  You're going to have to come up with more moderate policy stances that will alienate your anti-government, anti-tax, anti-human rights, anti-education base or you can continue on your present path and continue to draw miniscule numbers of non-white people to your events and cede their votes to the Democrats.

Looks like you're choosing Option B, which is fine with me as a Democrat.   You've made it quite clear since the 60's you don't care about me and the feeling's mutual.   Because of your lack of political vision, and refusal to politically evolve, you will continue to see the White House and eventually the nation turn blue, and send you back to the political wilderness that you so richly deserve.