RuPaul (As Usual) Gives Me Another Reason To Despise Him

I've written more than a few posts about my dislike of RuPaul Andre Charles bordering on contempt for his over a decade long transphobic BS and other assorted fails. .

I've been in Boycott RuPaul's Drag Race mode since the show started, so I wasn't surprised when word of the latest RuPaul trans fail hit my inbox.

For this call out of Mr. Charles I need to go into Maya Wilkes mode.

But back to riffing on RuPaul.    Last night in a ripoff of the old Maury Povich "Man or Woman' trans shows they used to run during sweeps months, in last night's Drag Race episode they ran a mini-game competition similar to it entitled 'Female or Shemale'. 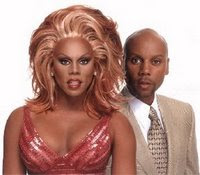 reported by the Advocate, Drag Race competitors were shown a series of photos and asked to discern as RuPaul described it between a 'biological woman' or a 'psychological woman'.

Surprised the TERF's haven't made Ru an honorary member of their little klavern yet.

I'm beyond sick and tired of being sick and tired of the rampant transphobia and ignorance that oozes from RuPaul and his show including the regular usage of terms the trans community has repeatedly told the world and especially your clueless azz, are offensive to us.

As usual, when you predictably frak up and the trans community calls your ass out on it, elements of the white gay male community come rushing to your defense.

They either try to gaysplain how offended we in the trans community should be about this, try to justify his use of the words, start venting in the comment threads of gay themed blogs their own vanilla scented privileged transphobic commentary.or part their lips to utter the history deficient lie that trans people don't belong in 'their movement'.

And yeah, megatired of that, too.

Bottom line gay peeps, is that RuPaul has a long history of transphobia.   Just as you have told the universe that using the f-word that rhymes with maggot is a slur to your community and you rise up in unison to call people out who do, we trans folks have told y'all the terms that are offensive to our community.

We have every right to call out friend, foe and frenemy who offend us as Katie Couric, Piers Morgan, and Wendy Williams have found out over the last three months.   Right now, we have a serial transphobe in RuPaul that is justifiably getting a well deserved trans community cuss out over using a term we have repeatedly told him is offensive to our community. 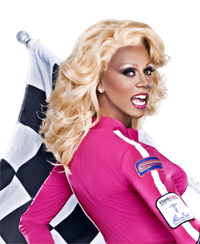 We don't want or need to hear right now ANY gaysplaining trying to justify those offensive terms usage in TBLG circles.  Neither are we in the mood right now to hear or read  comments coming from you hypocritically stating we should 'lighten up' about what RuPaul did when we have seen your community repeatedly tear people new anuses and demand their termination for saying the terms that offend you.

We trans people determine what is and isn't offensive to our community.  You don't get to make that call.  All you get to do as our allies in this situation is respect what we trans peeps have to say about it, burn it into your brains and follow our lead.

But once again, RuPaul (as usual) gives me and the trans community another reason to despise him.

It is purely a case giving a segment of the population the respect they deserve. It is time that the "T" within LGBT gets a fair shake and a modicum of understanding from other groups that know, or should know, what it is like to be marginalized. As is par for the course, those who grew up, figuratively speaking, on the fringe of society are forgetting what that is like as the older generations of gays and lesbians are dying off. I don't mean to be harsh, but the truth sometimes hurts. Give us, the T, an ear and listen with a little sensitivity, sympathy and empathy. Words do hurt. It isn't rocket science. It is common courtesy.