Moni's Headed To The HISD School Board Meeting

I'm preparing to head over to Houston northwest side and the Hattie Mae White Educational Support Center for today's 4 PM CDT HISD school board meeting that will determine the fate of my high school alma mater and Dodson Elementary School.

And if you're wondering if I'm feeling a sense of deja vu about this, yes, I am.

The HISD board of trustees is going to vote on that issue today, and I'm one of the speakers signed up in opposition to it.

Superintendent Grier is proposing (again) to close the doors of Jesse H Jones at the end of this school year and send the students currently enrolled there to Sterling and Worthing high schools.

I and a coalition of people are fighting to keep that from happening, and pointing out that HISD caused many of the problems the school is experiencing.

A press conference was held yesterday in front of Jones in which we pointed out once again the HISD has no legitimate reason to close Jones or Dodson Elementary and are tired of the school closure ax falling in predominately African-American neighborhoods.   . 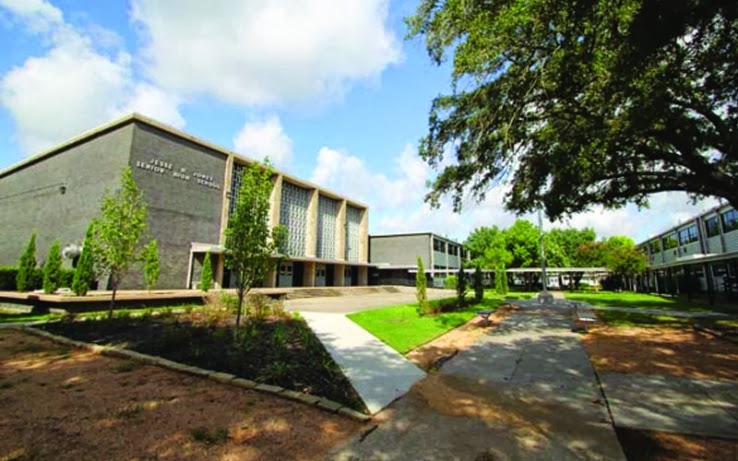 We'll see what happens at the school board meeting.   My HISD trustee Paula Harris said February 11 at the community meeting held at Jones there weren't five votes on the board (the majority) to close those schools.  But until the HISD board actually casts that binding vote in public at today's meeting, anything can happen.


Will update y'all as to what is happening and how it turned out.
Posted by Monica Roberts at 12:00 PM