Chief Lanier, Looks Like You DO Have An MPD Transphobia Problem

While I was in DC for the LGBT Media Journalists Convening last week,  I was having such a good time with the ladies of Casa Ruby Friday night I almost blew off the reception and stayed for the group meeting they were having there.

Had I done so, I would have had a ringside seat for the latest incident of transphobia breaking out in the Washington Metropolitan Police Department

Seems like one of those officers racistly thought that Casa Ruby shouldn't have a blue BMW Z3 to take their clients home in, much less that vehicle was too good for transpeople in a service organization to be in. 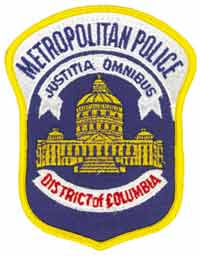 For those of you not inside the Beltway, last Friday night after I got dropped off near the Capital Hilton by her executive assistant Caprice Williams, around 10 PM EST she was driving Ruby Corado and some of the attendees of their group meeting home that night.   They were followed for ten blocks after leaving Casa Ruby's Georgia Avenue location  by an MPD unit and pulled over by the Washington po-po's. ostensibly because the vehicle was overcrowded.

The traffic stop quickly devolved into an ugly incident in which Williams was yanked from the car, the other traumatized passengers were ordered out of the car and made to stand outside in below freezing temperatures, transphobic and homophobic slurs were uttered by the gaggle of officers gathered there, and Williams was arrested and taken to jail and held there until 4:30 AM

The incident comes on the heels of a recently released 41 page report in which an independent task force created by the Anti-Defamation League of Washington found shortcomings in the way that Metro PD interacts with the DC transgender community.

It also fits into a pattern of previous incidents involving transpeople of color and MPD on and off duty officers. 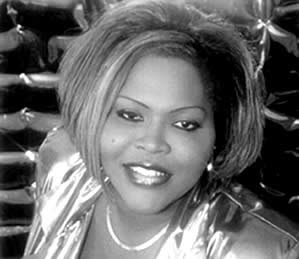 From Chloe Moore to Patti Shaw to the carload of transwomen fired upon by drunken off duty MPD officer Kenneth Furr, trans women, and especially transwomen of color in the District find themselves not feeling protected and served by the police officers in the city they live in.

In fact, the incident Shaw endured made it into the Amnesty International 'Stonewalled' report that details abuses of TBLG people aimed at them by the police.

It also led Shaw in July 2012 to file a lawsuit against MPD and the US Marshal's Service.


According to the Hate Crimes Assessment Report, it stated there is a belief in the Washington DC LGBT community that “homophobia and transphobia are widespread within MPD, with several describing it as rampant.”   That community mistrust was also reflected in MPD oversight hearings testimony  on February 27, 2013.

Interviews with members of the DC community for the Hate Crimes Assessment Report revealed that the hostility toward transgender people, especially transgender women of color, is common among many MPD officers.

“Virtually every transgender person who spoke to us at the four community meetings reported that they had been harassed or mistreated because of their gender identity or expression, ranging from acts of ignorance and insensitivity to outright hostility and overt expressions of bigotry and harassment,” the HCA report says.

And you'd be hard pressed to believe with all the transphobic incidents currently plaguing MPD that I've talked about on this blog since 2010, that once upon a time, Officer Bonnie N.Davenport was the MPD's first trans cop in 1979.

I repeat what I said in the post discussing the Kenneth Furr incident in August 2011. 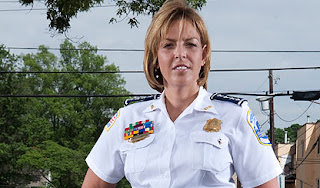 Something transphobic has been brewing in the MPD police culture for some time and Chief Cathy Lanier needs to get to the bottom of it.

If she can't or she's getting resistance, then maybe the Department of Justice needs to get busy taking a look at what's going on in MPD and start cleaning out the transphobic rotten apples.

Transphobia is bad enough in the general population.   It's even worse and can have potentially fatal consequences when it's hiding behind a badge.


So yes Chief Lanier, you not only have a transphobia problem in MPD, it's past time to acknowledge you do and root it out.  I think the best way to start besides admitting you have a problem is to actually have some trans police officers on the MPD force again for the first time since Bonnie Davenport retired in 1991.