In the eight years I've been chronicling the events of the trans community on this blog, one of the things you'll note as you peruse my archives is the frequent fights between trans students and transphobic school administrations that sometimes have to get resolved in the court system.

In the fall it's trans students having to fight the school powers that be because they were barred from having the opportunity to run for homecoming king or homecoming queen.

Sometimes it's battles just to be able to take and put in the yearbook a senior class photo that reflects the person you are now like Jeydon Loredo had to do back in November versus the LaFeria ISD board.

And yeah, I'm willing to bet there will be in May and June more instances of  transphobic school boards and administrators fighting tooth and nail to not allow trans students to attend their high school graduations or receive their hard earned diplomas wearing the cap and gown and clothing appropriate to who they present as now.

Now with the 2014 calendar in mid-March, thoughts are turning to prom season and the next looming high school gender expression battleground before the commencements start.

There has been drama with prom dress codes between trans students and school administrators going back over two decades now, but it's happening far more frequently now as trans students transition earlier, assert their human rights to be themselves and school administrators cling to the gender binary like winos holding their last bottle of MD 20/20

The DeSoto ISD in the Dallas 'burbs is the latest one to go there.   They attempted set a policy to ban cis feminine students from wearing tuxedos and men's suits and cis masculine ones from wearing prom dresses to their May 17 event.

DeSoto ISD has every right to set those policies and general standards like requiring formal wear or barring revealing clothing.   But as written, the DeSoto ISD prom dress codes are problematic for trans masculine and transfeminine students.

With Lambda Legal's regional office being located n Dallas, they are already on the job reminding the DeSoto ISD about what happened in the K.K. Logan case. 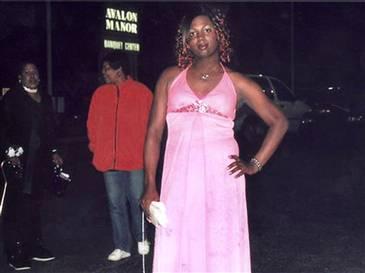 Back on May 19, 2006  Logan was physically barred by her transphobic principal from entering the venue hosting her Gary, IN high school prom in feminine attire despite the fact that Logan had been presenting as female since the start of her junior year of high school.

West Side HS principal Diane Rouse probably wasn't aware the battle she was fighting that night had already been lost.  Diamond Stylz sued and won a similar court case against her Indianapolis area HS back in 1999.

Logan sued with the help of Lambda Legal, arguing that the school violated K.K.’s First Amendment right to freedom of speech, symbolic action and expressive conduct.

The matter was resolved in 2010, including an undisclosed amount paid to K.K. as well as revisions to the school district's dress code and nondiscrimination policies.  The Gary school district's policies were revised to contain specific protections for TBLG students.  The Gary, IN  school district also agreed to conduct training for the administration and school board members on LGBT issues and respectful treatment of LGBT people.

DeSoto ISD, it would be wise for you to make the necessary adjustments in that problematic policy before you find yourself in court on the losing end of a lawsuit.

Stay tuned, because the 2014 prom season is coming up.  I'll be willing to bet I'll have one school district somewhere in the United States that shows its anuses before the 2013-14 school year concludes.

hI fRIENDS, Today I m here with the trendy and beautiful collection of Cheap Prom Dresses. I feel that there are lot of people online who looking for best, trendy and cheap Designer Bridal Dresses, Short Wedding Dresses, and Wedding Party Dresses. if you have already found the perfect one! I'd love to see them!