In what has become an eagerly awaited by my readers New Year's Eve tradition, on December 31 I take the time to honor the person, persons or group who had a year's worth of WTF moments with the TransGriot Shut Up Fool of the Year Award.

It grew out of my weekly Shut Up Fool Awards that I started in 2009 to honor the people or groups of people who have exhibited mind blowing ignorance, stupidity, hypocrisy and cluelessness over that week

To remind you of the people who have previously snagged this Shut Up Fool of the Year honor, one was 2012 winner Mitt Romney.    The previous winners were then RNC chair Michael Steele in 2009 who captured the inaugural one,  Sarah Palin in 2010 and in 2011 Herman Cain snagged the honor over some stiff competition.

During the midyear review for the Shut Up Fool of The Year which I just inaugurated this year and will continue into the future, it was Rep Louie Gohmert (R-TX) who had the runaway lead at that point.

But what a difference six months makes.

Enough jibber-jabber, I'm going to get right to naming the 2013 Shut Up Fool Of The Year so you can go into your New Year's Eve partying secure in the knowledge you know who won it.

But first, before I announce the winner, the runners-up for this year's honor. 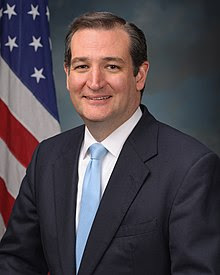 Whether it was him making an ass out of himself with his ridiculous statements, reading Green Eggs and Ham during his faux filibuster, loudly proclaiming he was going to renounce his Canadian citizenship and shill having it as of today, insulting Sybrina Fulton and the African-American community during a Senate hearing by claiming 'Stand Your Ground' laws are good for us, cheerleading the government shut down and now subsequently trying to two step away from it later, the junior senator from Alberta not only was an embarrassment to himself, but for the state of Texas.

And unfortunately we're stuck with his behind until 2018.

On behalf of all liberal progressive Texans, Mr T says it best for all of us and what we as his unfortunate constituents would like to say to our 2013 SUF of the Year honoree to his face.


Now you can go party later tonight secure in the knowledge that you are aware of who joined our illustrious list of winners of the Shut Up Fool of The Year award.   Check back here on New Year's Eve 2014 to discover who will receive our honor next year.   Because I can promise you with 2014 being a midterm election year, I'll have plenty of candidates for it.
Posted by Monica Roberts at 12:00 PM