It's Friday The 13th, and no Jason Voorhees or his counterparts aren't going to make your day a living hell at your local multiplex or anywhere else.

But the Republicans will.

It's also Friday, and that means I get to do another edition of my eagerly anticipated Shut Up Fool posts in which I shine a bright spotlight on the fool, fools or groups of fools who express mind numbing ignorance, over the top arrogance, head scratching hypocrisy or just simply need to have a nice tall glass of STHU.

I know you've been waiting for me to wade through this week's bumper crop of fools, so here we go.

Honorable mention number one goes to CBS News, who during their coverage of the death of human rights icon Nelson Mandela didn't play the music of his South African homeland during the breaks, but Toto's 'Africa'?   Seriously?

There are times you shut up Anderson, and let the international correspondent you pay good money to in Christiane Amanpour do her job.   This was one of those times.

Honorable mention number three is Bryan Fischer, who is making a late run for 2013 SUF of the Year.  This week he said that all sex not between married couples should be outlawed.

Just because you ain't getting none doesn't mean you get to spoil our fun.

Honorable mention number four is Megyn Kelly, who had a fit about an Aisha Harris post at Slate and parted her lips to say it was a 'verifiable fact that Santa is white'.

“By the way, for all you kids watching at home, Santa just is white but this person is just arguing that maybe we should also have a black Santa,” Kelly said. “Just because it makes you feel uncomfortable doesn’t mean it has to change.” .


Your jacked up comments are prima facie evidence why it needs to change.  I already knew it, but with this one you have revealed yourself to be no better than the rest of the Fox Noise fembots

Oh really?  Is that what you're calling white privilege now?   And we need to know the name of this judge who bought that ridiculous argument so we can vote his or her azz out of office in 2014.

TransGriot Note: Thanks to Rafael McDonnell, I and you TransGriot readers now know the name of that judge.

This week's Shut Up Fool winner is.2013 Shut Up Fool of the Year contender Erik Rush, who parted his lips to say that South Africa would have been better off under apartheid.   I need a post to go into just how fracked up his thinking is on that one.

Conservakneegrow please!    He not only deserves this award, but a Negro Iz You Sirius?! to go with it plus a cadre of people doing the South African boot dance on his azz..
. 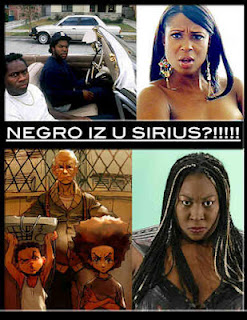