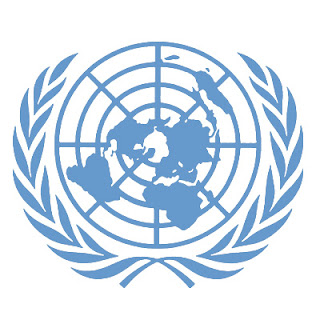 Now, Therefore THE GENERAL ASSEMBLY proclaims THIS UNIVERSAL DECLARATION OF HUMAN RIGHTS as a common standard of achievement for all peoples and all nations, to the end that every individual and every organ of society, keeping this Declaration constantly in mind, shall strive by teaching and education to promote respect for these rights and freedoms and by progressive measures, national and international, to secure their universal and effective recognition and observance, both among the peoples of Member States themselves and among the peoples of territories under their jurisdiction.
--UN Universal Declaration of Human Rights preamble, December 10, 1948

In the wake of the horrific human rights violations committed during World War II, the newly organized UN General Assembly, led by a committee chaired by former US First Lady Eleanor Roosevelt spent 18 months drafting this landmark UN document which was adopted on December 10, 1948.

The task was even more remarkable considering this was occurring during the outbreak of the East-West  Cold War tensions between the US and USSR that would dominate international world affairs for the next four and a half decades.

December 10 was the 65th anniversary of the adoption by the UN General Assembly of the UN Universal Declaration of Human Rights.   It is one of the most translated documents in human history and serves as an aspirational goal for all those who strive for full human rights coverage.

In fact, Nelson Mandela used the UN Universal Declaration of Human Rights as a model for the 1996 South African Constitution.  During the year the document celebrated its 50th anniversary, Mandela addressed the UN General Assembly on September 21, 1998 and challenged them to work harder to enforce the words of the declaration for years to come.

He said at the time, “The new constitution obliges us to strive to improve the quality of life of the people. In this sense, our national consensus recognizes that there is nothing else that can justify the existence of government but to redress the centuries of unspeakable privations, by striving to eliminate poverty, illiteracy, homelessness and disease. It obliges us, too, to promote the development of independent civil society structures.”document


I've pointed out since 2007 that the trans rights struggle is an international human rights struggle grounded in not only our various national constitutions, but the International Bill of Gender Rights drafted 20 years ago at the 1993 ICTLEP Conference in Houston, the Yogyakarta Principles, and the UN Universal Declaration of Human Rights.

It's also heartening to note on the anniversary date of the adoption of the UN Declaration of Human Rights that the UN is increasingly getting the message that trans rights are an international human rights issue.

Back in 2011 the same UN Human Rights Council that penned the Declaration passed a resolution sponsored by South Africa, Brazil and 38 other nations that not only affirmed the universality of human rights, but noted concern about acts of violence and discrimination aimed at people based on sexual orientation and gender identity.

On September 26 there was a first ever ministerial meeting on LGBT rights convened at the UN Headquarters in New York to discuss advancements for protecting the human rights of LGBT persons and to secure commitments from UN member states toward making the protection of TBLG citizens in those member states and elsewhere in the world a reality.