In case you're wondering what Jenna Talackova is up to these days after successfully fighting to open up the Miss Universe pageant system to trans contestants, she's simply handling her business and making things happen in her life and modeling career.

The now 25 year old girl like us is set to appear in a photo shoot for Canadian ELLE in January
:
"I can’t believe I’m posing for them,” Talackova said in a behind the scenes video posted on the Canadian ELLE website.

“It’s been a dream — I put them on my vision board and it happened!”

In addition to the Canadian ELLE photo shoot which will appear in the January 2014 issue,  Talackova is also working on an eight episode reality TV series for E! Canada set to start January 19 entitled Brave New Girl. 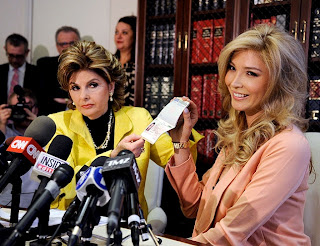 Talackova is also involved in efforts along with other international trans activists to get the World Health Organization (WHO) to remove transsexualism from the list of mental disorders in the ICD manual that has currently started the revision process that is scheduled to be completed by 2015.

So what's next for Talackova?   Whatever she decides to do, seems like she's had much success so far in making it a reality with the ICD revision fight to be determined.
Posted by Monica Roberts at 10:30 AM