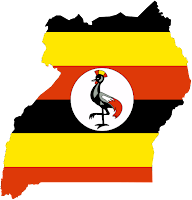 The Ugandan Parliament just dropped a lump of coal in the Ugandan LGBT community's Christmas stockings.

They dusted off the shelved Anti-Homosexuality Bill and passed the unjust law over the objections of Ugandan Prime Minister Amama Mbabazi, who asserted there weren't enough MP's present for a quorum.

Of course MP Homohater David Bahati, who sponsored the legislation at the behest of his American fundie handlers, was happy about the outcome of the vote.

Bahati told the AFP news agency: "This is victory for Uganda. I am glad the parliament has voted against evil." 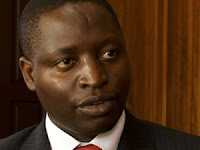 "Because we are a God-fearing nation, we value life in a holistic way. It is because of those values that members of parliament passed this bill regardless of what the outside world thinks," Bahati said.

Yeah right.  God-fearing nation my azz.  You and your misguided and wrong peeps in the Ugandan parliament just opened the doors to a witchhunt on LGBT people and let a bunch of white American fundamentalists like Scott Lively play you into enacting into law this steaming pile of hatred they would like to replicate in the US.

The bill also applies to people visiting Uganda and also attacks the 'promotion of homosexuality', whatever in the hell that means.

So people, the Agents of Intolerance just won another round.   Bah humbug.

What are we going to do about it?
Posted by Monica Roberts at 10:30 AM