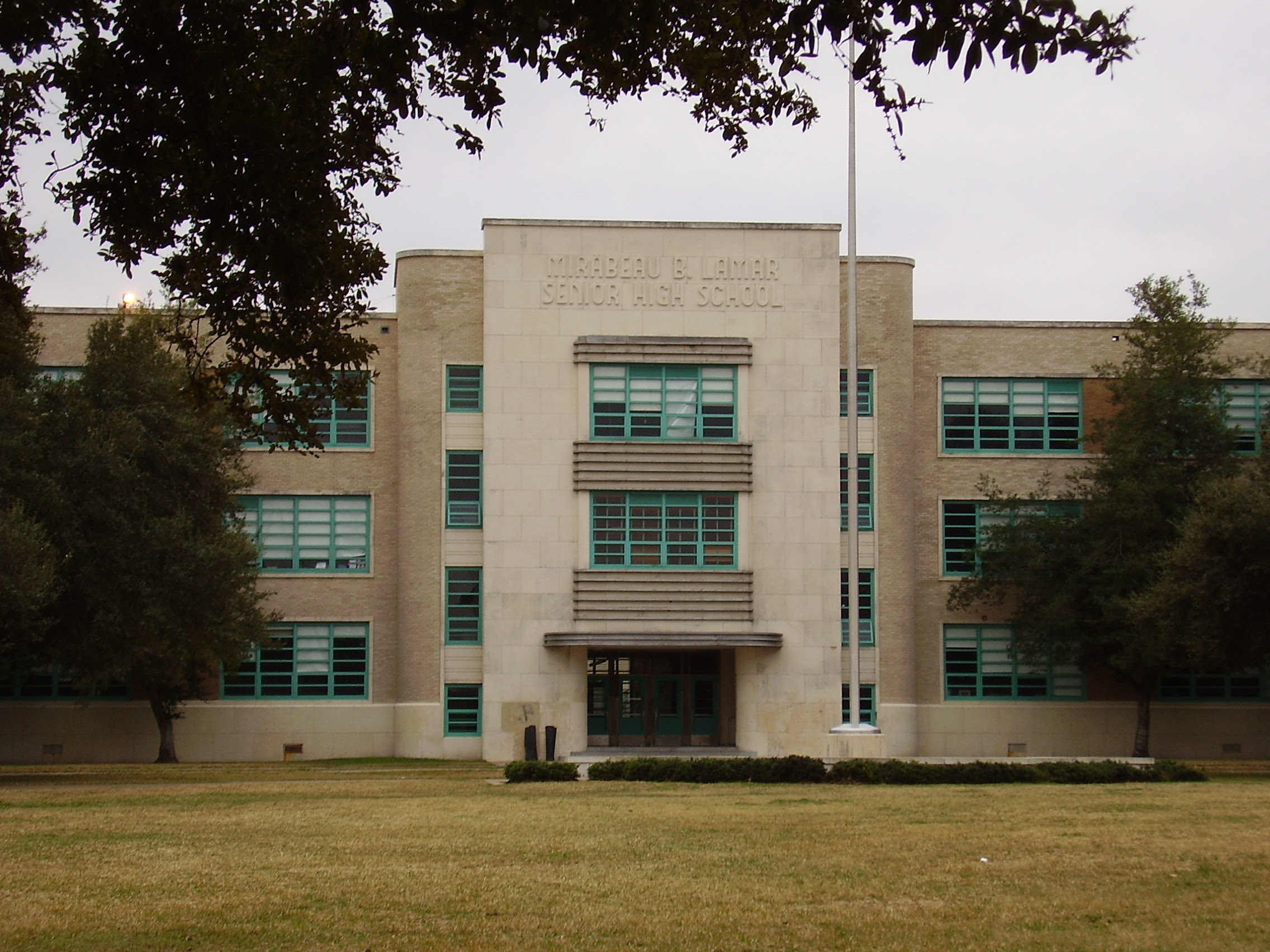 Mirabeau B. Lamar High School opened in 1937 and is  named for the second president of the Republic of Texas.

But its the Redskins nickname that is drawing attention these days.   Since the 1970's Native Americans have been campaigning to get schools, colleges and professional sports teams to drop mascot names they consider derogatory and demeaning to them as a people.   They have had some success, with Stanford, Dartmouth, Miami of Ohio and St. John's universities doing so along with other colleges and high schools across the country.

The Redskins one has gotten not only local attention with state Sen Rodney Ellis (D) urging HISD to change Lamar's mascot,  there is an intensifying campaign to get the NFL Washington franchise to do the same.

Houston Independent School District Superintendent Terry Grier is considering introducing a proposed policy to the HISD board that would ban mascot names at all its schools that play on racial, ethnic or cultural stereotypes.

If that policy passes, and it underwent discussion yesterday at the school board review meeting, it promises to be a contentious topic at the upcoming Thursday HISD board meeting.

In addition to Lamar having to give up the Redskin mascot nickname if it passes and replace it with something else, so would the Westbury High School Rebels, the Hamilton Middle School Indians and the Welch Middle School Warriors starting in the 2014-15 school year.


"The time has come for the Houston Independent School District - the most vibrantly diverse school district in the nation - to acknowledge that some decisions made generations ago need to be reconsidered," Grier wrote. "Traditions are important. But respect for cultural difference and sensitivities matters more."

Gee, what a shock.  Something I actually agree with Superintendent Greer about.

Of course some longtime vanillacentric privileged alums of the school are not happy about that, citing the tired 'tradition'  excuse to justify keeping a mascot nickname that offends Native Americans in the area.

Those alums will probably will be at the Hattie Mae White Education Center in force Thursday as I pop the popcorn and watching the fireworks on the public access broadcast of the meeting.