Rev. Al, Where You At On The Islan Nettles Case And Trans Rights In General?

I have much love for the Rev. Al Sharpton as a human rights warrior, and don't miss his MSNBC show Politics Nation when it comes on at 5 PM CST.

He has been a standup ally for the same gender loving (SGL) end of the community, but I'm curious to find out along with other people in the African descended trans community where does Rev. Al stand when it comes to trans human rights?

This question became more valid in the ongoing developments in the Islan Nettles case.

Nettles was attacked by transphobic thugs on the corner of W. 148th St. and Frederick Douglass Boulevard, mere blocks away from the Harlem headquarters of the Sharpton founded and headed National Action Network on W. 145th St.   The organization had been silent on this case as local trans women and Delores Nettles, the mother of Islan have demanded justice be served for this senseless murder. 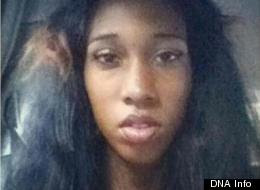 In the meantime, as the clock ticks toward the dawning of a new year, a message is being sent that the lives of transwomen of color in New York City don't matter as long as Paris Wilson, or whoever the alleged perpetrator of this transphobic hate crime is not sitting in a jail cell.

We also had New York attorney John Scarpa basically saying trans lives don't matter in open court while defending his client Rasheen Everett.  Fortunately the judge in the case thought otherwise and he is getting called out by organizations and various people for the anti-trans remarks.

In defense of Rev. Al, I'm aware that he and the National Action Network don't get involved in cases unless they are invited to do so by the families of the victims.

So based on that knowledge, have to respectfully ask the next question of the New York trans community.   Have you or Delores Nettles talked to people at the National Action Network and asked them or 'the Rev' to get involved?

If Ms. Nettles or the local trans community have done so, then the onus shifts back to the National Action Network and Rev. Sharpton, and you can legitimately ask the question and get righteously indignant New York trans community about why NAN or the Rev haven't gotten involved.

It also opens the door to asking the followup questions of where does Rev. Sharpton and by extension the National Action Network stand when it comes to this case, decrying the horrific levels of homicidal anti-trans violence aimed at trans women of color and the human rights of trans women in general?

The trans community of New York City, the nation, the TransGriot and the world are awaiting your answer to those questions.

TransGriot Update.  Seems as though the answer to the first question I asked in this post is that Rev. Al and the National Action Network are aware of the Nettles case.   There was a December 7 panel discussion moderated by Dominique Sharpton entitled 'My Brothers Keeper' at NAN's Harlem headquarters that included trans panelists Sean Coleman, Arisce Wanzer and Kimberly Howard.
Posted by Monica Roberts at 2:30 PM