We are less than nine days away from Christmas Day 2013.  The Christmas music with soul is playing on our favorite radio stations, our favorite Christmas specials are on TV, and we got an early Christmas gift with The Best Man Holiday hitting the multiplexes this year.

We have Megyn Kelly trying to drop a lump of coal in our Christmas stockings by doing her vanillacentric privileged FOX Noise televised hatin' on Black Santa.

Remember why it's Christmas, people.

But I wanted to make sure that my Black trans brothers and sisters weren't forgotten during this holiday season, especially since we've already lost one sister to anti-trans violence in Cleveland.

I'm also worried because of the Christmas holiday season's relentless joy-joy friends and family togetherness message, it can be a depressing time for those of us estranged from our families due to our gender issues.

I've been there, as this short story post will tell you.

I wrote one of these posts back in 2010 along with a letter to Santa Claus , and one for my Black trans brothers and sisters across the African Diaspora in 2011.  The reason I probably didn't write that post last year was because I was distracted by all the so called end of the world chatter, missing Virginia trans teen Sage Smith, and exhaling after the POTUS won his second term in an electoral landslide by spanking Mittbot 2012.

With 2013 being a rough year for our chocolate trans community in terms of us losing 12 people during this last TDOR cycle, and us getting off to a less than wonderful start for the 2013-2014 TDOR cycle, I saw the need to revisit the topic. 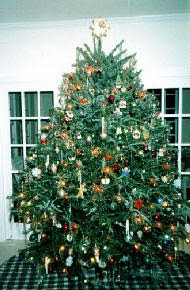 So if I were given the power to magically grant all these Christmas wishes for the benefit of my Black trans* brothers and sisters here and across the Diaspora, what would I wish for?

Unshakeable pride in being trans men and women, a history we can point to, and strong role models to emulate.

Laverne Cox's acting career to continue to blow up in the wake of her breakout role in Orange Is the New Black.   Janet Mock's book Redefining Realness hitting the New York Times Best Seller List

Carter Brown and the brothers of Black Transmen, Incorporated continue to see steady growth and establish more chapters of the organization across the country, the BTWI sister org start to see the same, and the Black Trans Advocacy Conference April 29-May 4 in Dallas be even more off the chains successful than BTAC 2013 was.

That Kylar Broadus be joined in his Capitol Hill trans policy and lobbying efforts by an LGBT or Black civil rights organization FINALLY hiring and keeping on the payroll for longer than six months a Black trans woman.

Tona Brown have a breakout moment of her own in 2014 similar to Laverne's along with every other trans musician in the community.

KOKUMO have an even bigger crowd for TGIF 2014.

Dr. Kortney R. Ziegler's efforts to refine and expand Trans*H4CK are megasuccessful in 2014

A Black transperson running for and winning public office in the 2014 election cycle for the first time since Althea Garrison did so in Massachusetts in 1992.

Black parents on this side of the 49th parallel loving and supporting their trans children like Tracey is being supported in Canada by hers.

No more transphobic hatred being peddled by the Black gossip blogosphere aimed at Black trans people.

Trans human rights laws that include airtight public accommodations language and the ability to inexpensively change your documentation without requiring expensive surgical intervention.

Our historic civil rights organizations, churches, and political leaders finally realizing that Black trans lives matter and stepping up to the plate to include us at the policy making table.

School districts that have anti-bullying policies that have gender identity and expression language in them so our trans kids can graduate from high school and head to college.

Transkids being able to go to school without drama or being bullied by grown azz haters or their peers..

Fallon Fox to win a few WMMA bouts and do so without  people hatin' on her.

A job at good wages for every trans person that wants one.


Respect and love for our elders and each other.

An end to my transsisters dying here and across the Diaspora.


I think that's a nice start.   Merry Christmas and Happy Holidays Y'all!