You peeps on both sides of the 49th Parallel, AKA the Canada-US border are wondering what the blazes is happening with C-279, the federal trans human rights bill that passed the Canadian House of Commons back on March 13 with a 149-137 vote.

Translation:  It would protect trans people from discrimination at the federal level.


Because Conservative PM Stephen Harper asked for and got Parliament prorogued, it basically reset the entire legislative process.  C-279 at the time it was prorogued was at the stage where it only needed to undergo its last two hours of debate and pass its third vote before moving to the Royal Assent state to become Canadian law.  To sponsor Sen. Grant Mitchell's (Liberal-Alberta) unhappiness, the Conservatives in the Senate stalled it before they went on their summer recess on June 30.

NDP MP Randall Garrison, the sponsor of the private member's bill is still optimistic that it will pass even though Sen. Mobina Jaffer (Liberal-BC), whose Human Rights committee C-279 passed through in June on its way to Third Reading, expressed some pessimism in a July Straight.com article that it would pass after the successful last minute Conservative stalling tactics.  .

She is a supporter of the legislation along with Sen. Mitchell, who is the Senate sponsor shepherding its passage through the Red Chamber.

So here's what has happened since the Canadian Senate returned to handle the nation's legislative business during this second parliamentary session on October 16.


Parliament was prorogued until after Canadian Thanksgiving on October 14.   When the senators returned to work on October 16, the good news was they reinstated C-279.   The bad news is that it had to start the entire legislative process in the Senate all over again.

C-279 received its First Reading the next day (October 17), but didn't receive Second Reading until November 26.  Starting today this week is the last of five fixed sitting days for the Canadian Senate in 2013 before they go on their holiday break December 20. 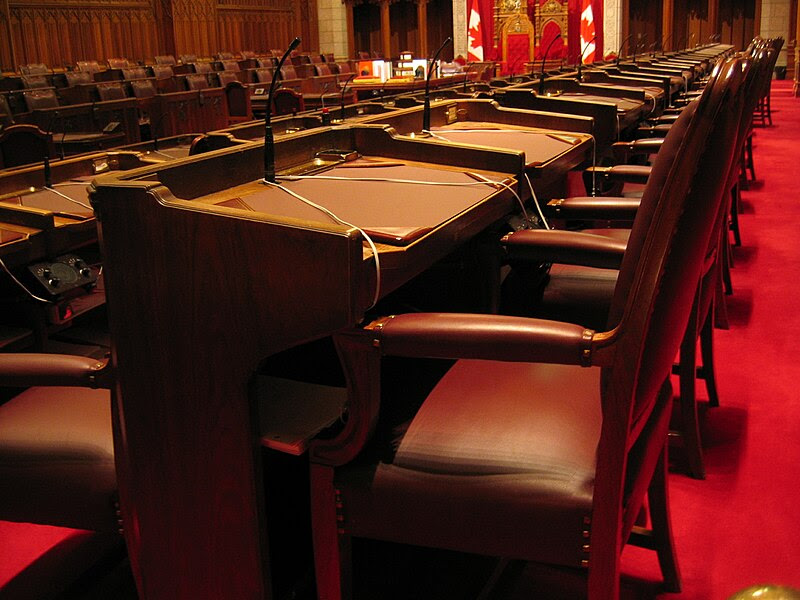 The Senate will not return from that break until January 28, so any further action on C-279 is probably going to be delayed until after New Year's Day to give the haters like REAL Women of Canada (think the Maple Leaf division of the TERF's), their right wingers and Conservative senators in opposition to it a chance to throw more 'bathroom bill' (arrgh) shade at it again in an attempt to kill it.

Okay, Canadian TransGriot readers, that's you cue to become agents of your own trans liberation and get busy calling, writing or e-mailing your senators to urge passage of C-279.

It's vitally important if your senator is a Conservative.  They need to hear from you and know they have trans constituents.

All we can do on our side of the 49th Parallel is watch the bill's progress, wait unless y'all tell us otherwise, and cheer for its passage when it finally happens.
.
Posted by Monica Roberts at 9:00 AM