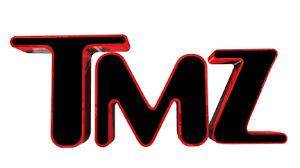 I guess TMZ thought because of the holidays no one would be paying attention to that racist poll they have on their site, but they guessed wrong.

Suge Knight parted his lips in a December 16 article posted on the site to say he's 'offended' when people refer to him as an African-American because he's not African.

Your DNA says otherwise, you idiot even though you weren't born on the African continent.

Sheesh, where is the D.R.O..P. Squad when you need them?

And vanillacentric privileged elements of the white community don't consider you to be simply an American, either.   And they would love to call you the word you don't have a problem with.

But TMZ for whatever stupid, clueless, racist, they though it was funny or all of the above reasons decided to create a poll which had this question.

What should black people call themselves?


The only possible answers in this reprehensible poll are African American or N**ga.    And you know that white folks are constantly bitching because we have told them NOT to call us the n-word and are gleefully flocking to this racist one.

Over 82,547 votes have been cast at this writing, with N**ga currently ahead of African American at a 54%-46% clip as of this writing.    The script on that poll needs to be flipped ASAP while at the same time we cuss TMZ and their editors the hell out for even coming up with that racist poll in the first place.
Posted by Monica Roberts at 10:30 PM