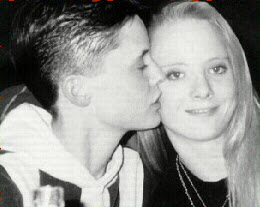 Today marks the 20th anniversary of the murder of  transman Brandon Teena along with Lisa Lambert and Phillip DeVine in Humboldt, NE in the early morning hours of December 31, 1993.

As many of you know this incident was the subject of a 1998 documentary and was covered a year later in the 1999 biopic Boys Don't Cry.

At the time of this heinous murder I was less than four months from starting my own transition.  It affected me and many other trans advocates of the time, and was another one of those seminal community moments.   The shock and anger of us over what happened to Teena galvanized the trans community into action.  We not only wanted to enure that John Lotter and Tom Nissen, the perpetrators of this crime were punished for it.

Lotter and Nissen were indeed convicted and sentenced in separate 1995 trials for the rape and murder of Teena.   Nissen, in exchange for a reduced sentence testified against Lotter, who was convicted and sentenced to death for the crime and is still on Nebraska's death row.   Lotter escaped the death penalty, but is still doing time for his part in the New Year's Eve triple slaying.

In the wake of Teena's death, the trans community not only accelerated the process of raising our collective voices about the issues that affected us, we added the passage of trans inclusive hate crimes legislation to the human rights to-do list for our community.

Labels: Remembering our Dead, the 90's