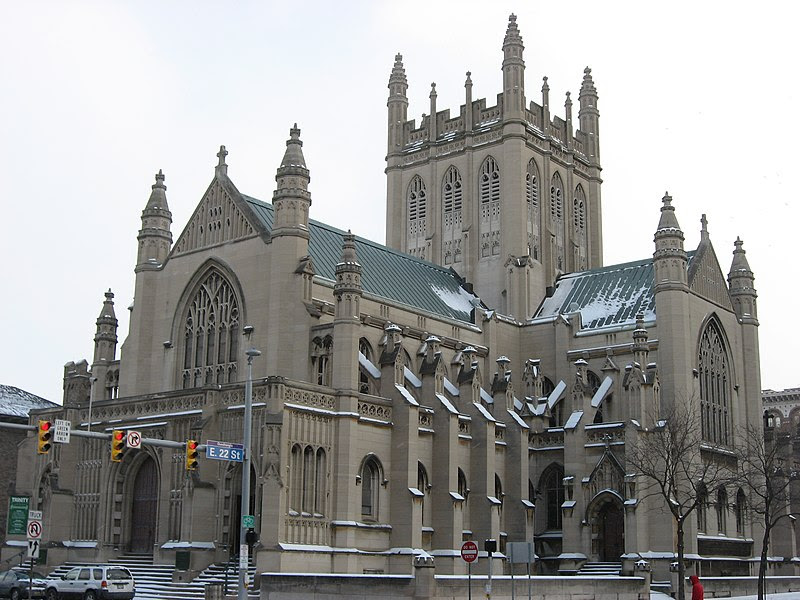 Been advised by Zoe Lapin that a community rally to discuss the trans murders of Brittany Kidd-Stergis and Betty Skinner, the latest outbreak of racist Cleveland media transphobia and other issues of importance in the local trans community will take place at Trinity Cathedral on Sunday,  December 15.

Trinity Cathedral is located at 2230 Euclid Avenue in Cleveland and the event will start at 1:00 PM EST.

What I am hoping for is that this event will be as diverse as the city of Cleveland is, and will feature someone from the local African American trans community to represent the people who are taking the brunt of the anti-trans hate crimes.

I hope this does not turn into another event where white faces are the predominant ones we see all over the news, the media and the Net speaking, and irritatingly once again the Black trans community people who are the ones doing the dying, their representatives, leaders and local community leadership voices are shut out, ignored and the bodies of our dead are used once again to push somebody else's rainbow agenda.

In the runup to organizing this event, I hope and pray the organizers keep the I-words inclusion and intersectionality in their vocabularies and don't ignore the Black trans community as they put together this community rally.

The Cleveland trans community has people besides white trans men who can eloquently speak for it.. Call them and invite them to the podium to speak for their fallen transsister who can no longer do so and their community.


That being said, hoping for a large, diverse turnout and speakers at that rally reflecting the diversity of the Cleveland TBLG community.  I also hope for a frank discussion that takes place in that space which begins to address the frustration that I hear privately from many Black transpeople in the area about the state of the LGBT community in Cleveland, Ohio.   Their anger is mounting about their marginalization in it combined with the anti-trans violence being aimed at them and needs to be heard and dealt with.