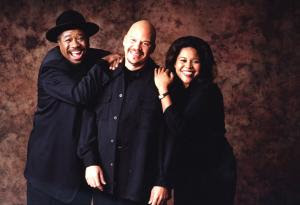 I'm a huge fan of the syndicated Tom Joyner Morning Show that has a national listening audience of 11 million African-Americans.

But right now I'm a little pissed about them dipping into transphobic comedy this morning to talk about the ongoing Tracey Lynn Garner case unfolding in Jackson, MS.

During the 7:00 AM CDT hour of today's TJMS show Joyner started reading the story about Garner on air and seized on something that I've complained about in terms of covering trans people.  I don't like it along with many people in the trans community news outlets or reporters printing the old names of transpeople in stories when they are not germane to it because it opens the floodgates for transphobia to happen.  What I feared would happen did when Joyner read her old male name on air.

J. Anthony Brown, Sybil Wilkes and Joyner then seized on that aspect of it to crack jokes about not only Ms  Garner but the very serious issues of silicone pumping that have cost the lives of hundreds of people inside and outside the trans community over the last decade and have Tracey Lynn Garner facing life imprisonment for performing the silicone pumping buttocks injections that resulted in the deaths of Karima Gordon and Marilyn Hale.

TJMS, love y'all as a longtime fan on the show, haven't forgotten to your credit that Jacque Reid interviewed Laverne Cox back in March 2010, have mad respect for the 'Fly Jock' as a Black radio pioneer who also knew my late father, but got to put y'all on blast for this one.

Trans people and especially Black trans people are catching hell out there.  Back in April we had three African-American transwomen killed because elements of our community think it's okay to exterminate us for simply being who we are and far too often murderers of Black trans people have been fellow African-Americans.  Far more in our community think it's okay to make fun of or engage in transphobic rhetoric disparaging our lives. 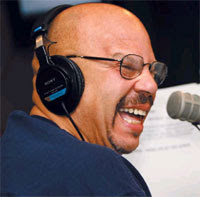 That TJMS segment during the 7:00 AM CDT hour didn't rise to the level of what Lex and Terry recently did in actually calling on June 3 for the murder of trans people, but it's still harmful and hurtful to the transpeople of African descent who are like myself fans of your show.

It also give cover to the Fox News ongoing campaign to disparage the lives of American transpeople that fuels the disrespect and anti-trans violence aimed at us and disproportionately takes the lives of African-American and Latina transpeople.

I like a good joke from time to time, enjoy some of the TJMS bits that happen on the show along with your commentators thought provoking commentary that sometimes inspires my TransGriot posts, but belittling or joking about trans peoples lives doesn't help especially when we are struggling to gain human rights coverage and have our humanity respected.

That education on trans issues is especially needed in the African-American community and those efforts were set back this morning by the TJMS team's jokes about not only this individual transwoman who committed a crime that she (yes, she) will probably be punished for, but you reinforced a problematic pattern that it's okay to turn trans people's lives into a punchline of a joke.
Posted by Monica Roberts at 8:00 AM