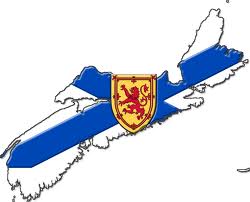 More evidence of the positive karmic momentum wave that trans human rights is on north of the 49th parallel.

Alberta, British Columbia, Manitoba, Newfoundland and Labrador, Ontario, Quebec and Saskatchewan are the others that offer varying levels of funding for GRS.

Kevin Kindred, the chairman of the Rainbow Action Project, said he’s pleased Nova Scotia reversed its stance because for some people, the surgeries are medically necessary for mental health.

“This is the best and most effective method to return transgendered people to a good state of medical health,” Kindred said. "They’ll go from being a drain on the health system … to being positive, contributing members of society.”

Wilson said the province will “move as quickly as it can” to set up standards of care and negotiate funding levels for the treatment, adding that the section of the physician’s manual that prohibits funding for the surgery will be immediately removed.

The Health Department will begin researching whether there are medical professionals in Nova Scotia who can do the operations, and if not, where they can be done, he added.